Yorkshire county cricket club have confirmed that they will launch a formal independent investigation into allegations of "institutional racism" made by their former spinner Azeem Rafiq. 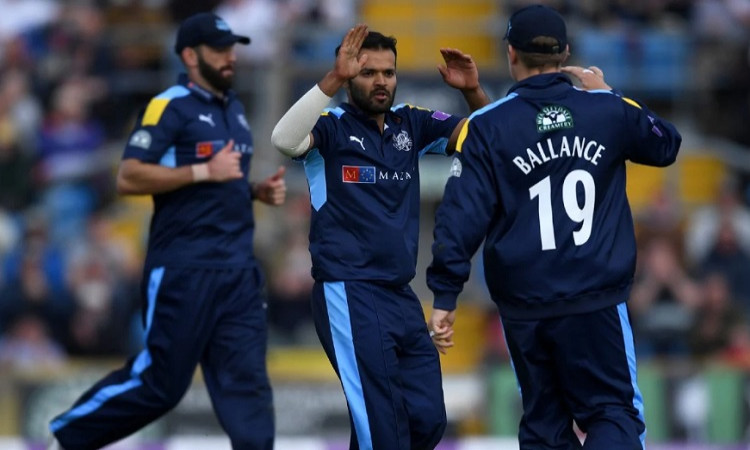 Rafiq, who played for Yorkshire between 2008 and 2018, in a recent interview to ESPNcricinfo, claimed that the abuse he suffered left him close to committing suicide and that his reports of racist abuse were "ignored" by the club at the time. "Yorkshire don't want to listen and they don't want to change," Rafiq told ESPNcricinfo. "And part of the reason for that is the people who were involved in the incidents I'm talking about are still at the club. They just want to sweep it under the carpet."

Now, in a formal statement, Roger Hutton, the county's chairman, said: "Any allegation of this nature is hugely concerning to everyone from the board to the playing staff here, and we take the reports very seriously."

"On Monday this week the club took the decision to launch a formal investigation into the specific allegations made by Azeem Rafiq, and a wider review of YCCC's policies and culture.

"We are in the process of finalising the structure of this investigation and we will be approaching impartial external parties to be part of the review to ensure complete transparency," he added.

Hutton further said that they tried to make contact with Azeem this week to discuss his experiences, and that they would make further contact in the weeks ahead as it's important that "we hear his grievances in as much detail as possible".

"As a player and former captain, Azeem was extremely highly respected and well regarded by the club and its supporters alike. Azeem was a gifted bowler and a respected leader of our team, and that was why he became the first British South Asian captain of the Yorkshire T20 side, and the youngest ever captain of the team."