Yawning is a normal thing, didn't commit a sin: Sarfaraz 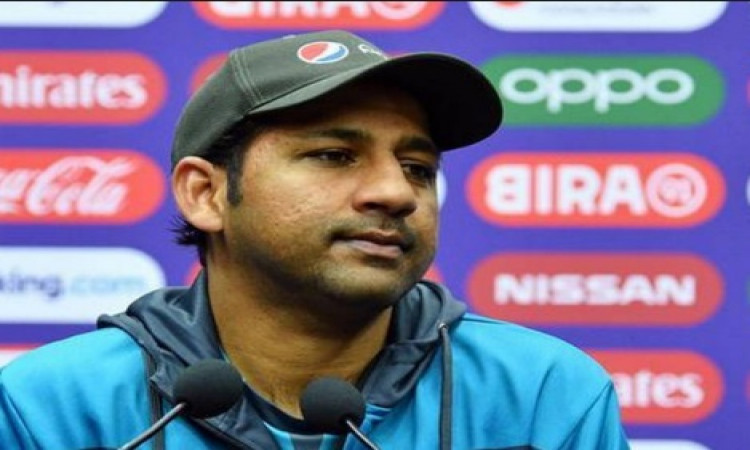 June 24 (CRICKETNMORE) Pakistan skipper Sarfaraz Ahmed received a lot of flak after he was captured yawning at one stage during the India innings in their World Cup game at Old Trafford. The 89-run loss made matters worse as he was heavily trolled for yawning and was later also body shamed.

But after Pakistan's convincing win over South Africa, the captain finally commented on the much-talked about yawn and said: "Yawning is a normal thing to do, I didn't commit a sin. If people made money out of me yawning, that's a good thing."

Sunday's game saw Pakistan post 308/7 in their 50 overs and then restricted South Africa to 259/9 as the Proteas were knocked out of the showpiece event.

Sarfaraz was all praise for left-handed batsman Haris Sohail for his Jos Buttler-style batting at the Lord's. Included for Sunday's game in place of the experienced Shoaib Malik, Haris instantly proved his mettle and hit a 59-ball 89.

"Haris Sohail put in a great performance. We changed the combination in this game. Couple of games earlier, we went with other combination. That's the only thing. Sometimes change is good for the team. Today the way Haris batted, he is hungry to play in the game. He's the main factor, the turning point, the way he batted in the last 15 overs, it was like Jos Buttler," Sarfaraz said at the post-match presentation ceremony.

But Sarfaraz was critical of his team's fielding. "We have to work harder on fielding. Again we dropped so many catches today. All three matches now are very crucial and we have to sort it out," he said.