The pitch at Hampshire Bowl, which will host World Test Championship (WTC) final between India and New Zealand this month, has favoured seam bowlers in early phase of the County Championship matches. 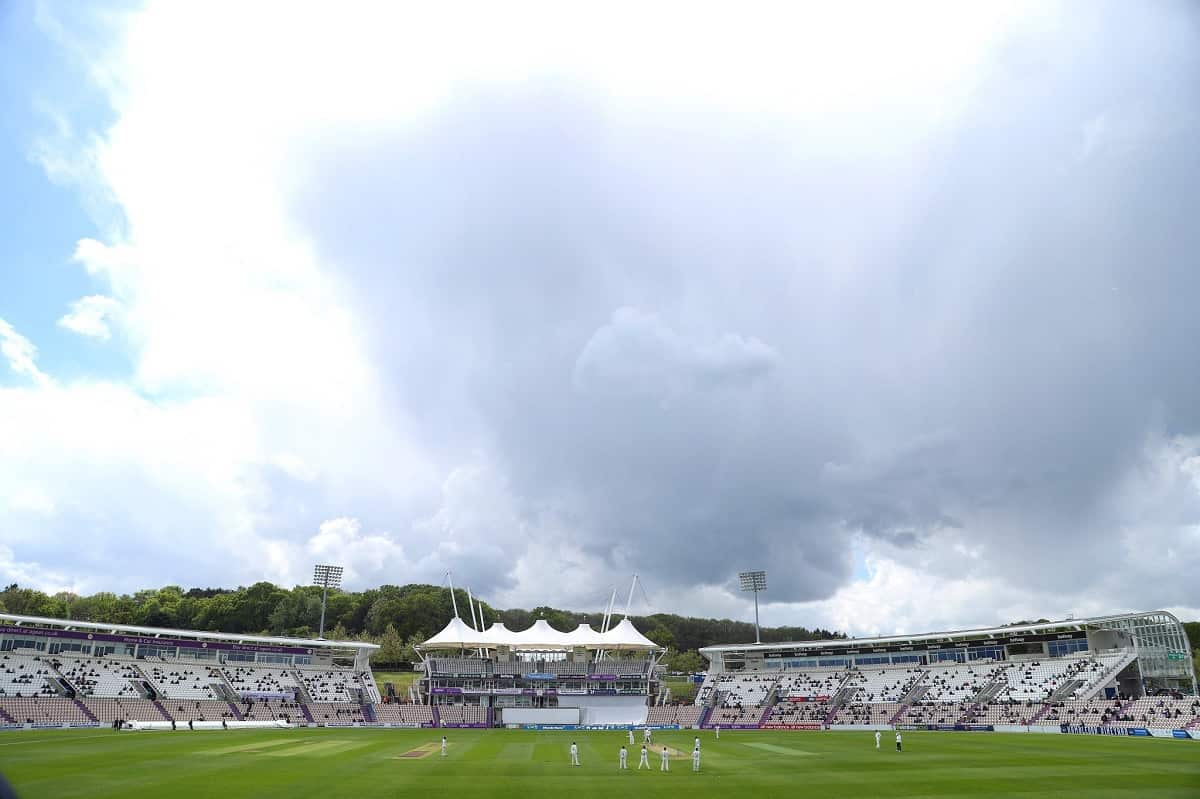 Three of the four county matches this season have so far seen at least one innings ending inside 100 runs.

Home to Hampshire county, the pitch has given assistance to Pakistan pacer Mohammad Abbas and former South African pace bowler Kyle Abbott, both of whom are playing as overseas professionals for the team.

Abbott was a Kolpak player before he walked into an overseas contract this year.

While Abbas has picked 18 wickets, Abbott has scalped 15 in four matches.

Leicestershire were dismissed for 84 by host Hampshire in the latest first-class match played at the venue -- also known as Ageas Bowl – from May 19 to 22, before it was handed over for the Test match.

The visiting New Zealand team, which was in quarantine in Southampton last month, also witnessed that match.

The hotel where the Kiwis stayed and where Indians are currently in quarantine overlooks the ground.

Prior to the Leicestershire game, it were host Hampshire who folded up inside 100. They were dismissed for 79 by Somerset in a match played from May 6-9.

Earlier, in the first match of the season, Hampshire rode Abbas's six-wicket haul to skittle out Middlesex for 79.

Both Abbas and Abbott have picked a six-wicket haul each this season, their only five-wicket hauls.

Despite seamers doing well, former England left-arm spinner Monty Panesar is of the opinion that the Southampton wicket will have something for the spinners.

The second match of the season showed that spinners could get some assistance from the pitch. England left-arm spinner Liam Dawson, who has played three Tests including one against India in 2016, and leg-spinner Mason Crane shared nine wickets for Hampshire in the match against Gloucestershire.

Also, since it is the WTC final and a neutral venue for both India and New Zealand, the pitch preparation will be overseen by the International Cricket Council and not by England and Wales Cricket Board. It may, therefore, have some help for spinners.