India cricketer Dinesh Karthik's stint in the commentary box during the second day of the World Test Championship (WTC) final between India and New Zealand saw him pull a fast one on fellow commentator and former England skipper Nasser Hussain, which left his fans well entertained. 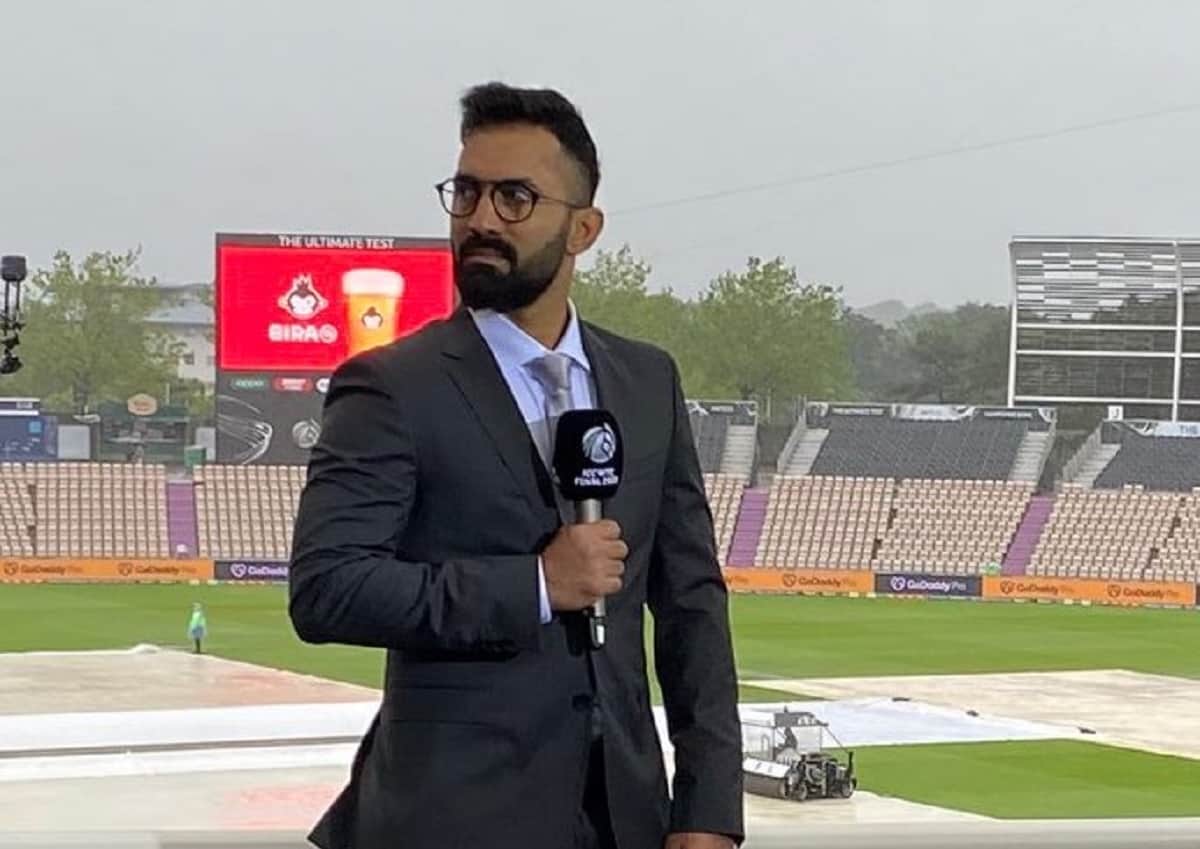 Hussain was all praise for India cricketer Rohit Sharma's pull shots on Day 2 of the WTC final on Saturday as he commented, "Rohit is a great puller of the short ball. Uses his feet well against spin. Shows positive intent."

Just when Hussain was done with his analysis, Karthik replied: "Yes, exactly the opposite of you".

Karthik's reply left his fans truly entertained, who took to social media to praise the 36-year-old who is making his commentary-box debut here.

"Dinesh Karthik upping the commentary game, more importantly just get into direct points and at times cheeky as well. #INDvNZ," wrote a fan on twitter.

Another fan wrote, "Dinesh Karthik might be my favourite commentator already. And I heard him talk only for half an hour. It says something about the standards as well I guess in Indian commentary."