WT20 Challenge: Told The Girls To Give It All, Trailblazers Captain Smriti

Trailblazers captain Smriti Mandhana motivated her players by telling them that the 20 overs of the final against Supernovas were the last of the Women's T20 Challenge, so they should give it all, she said after winning the title on Monday. 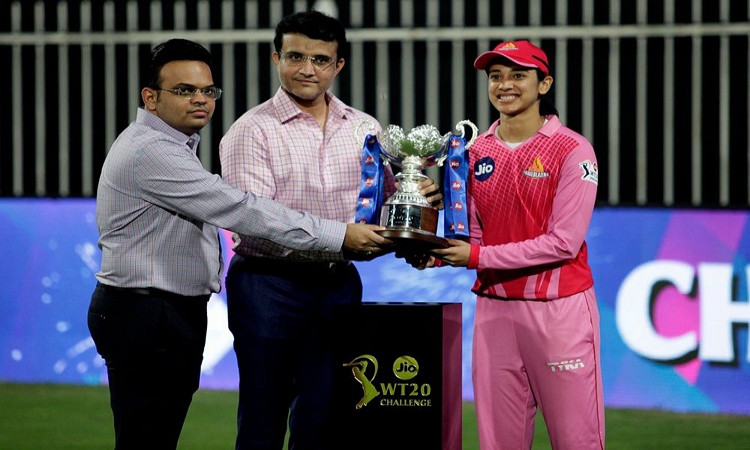 "I just told the girls that these are the last 20 overs of the tournament. [And] because of the Covid situation we don't know when we'll come out next. So, we wanted to give it our all," Smriti said after her team won the final by 16 runs.

It was the maiden title for Trailblazers while Supernovas were the defending champions.

"It was a hard wicket to bat on, and we had quality spinners. One hundred and thirty-five would have been ideal, but nevertheless, 118 was good on this wicket," she said, referring to her team's 118 for eight wickets in 20 overs after she lost the toss and was asked to bat first.

Smriti said that it was fruitful to play alongside foreign players.

"This experience was amazing to go out in the nets with the overseas players and our youngsters. It was nice to exchange knowledge and cultures to see how cricket is played in their countries. It was nice for the youngsters to be able to bowl to players like [West Indian all-rounder Deandra] Dottin before being selected into the national side," she said.

On her experience of lockdown due to Covid-19 in India, Smriti said it was a kind of a blessing in disguise.

"The first one-two months of the lockdown was good to spend time with the family. But I think in the last three-four months we got time to go out and start hitting some balls. It was a good time for all of us to go back and work on ourselves which we don't get usually," she said.