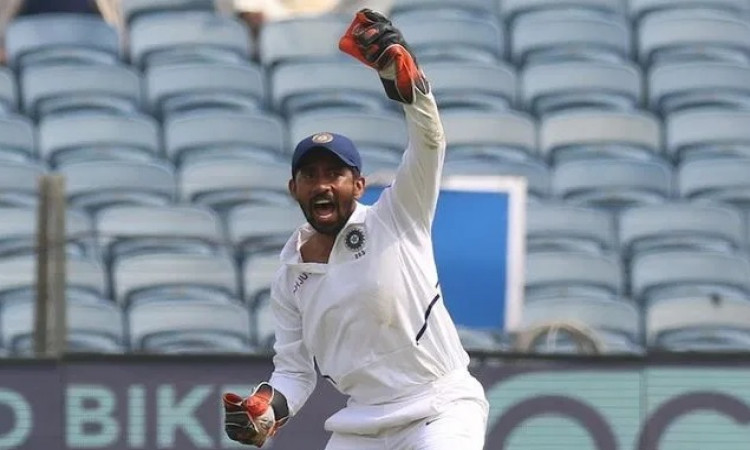 Kolkata, Oct 30: One of only two Indian players to have played with the pink ball under lights at the Eden Gardens, India wicketkeeper Wriddhiman Saha can't wait to take the field against Bangladesh in the second Test of the series from November 22 to 26. It will be the first time that Virat Kohli and boys will be playing under lights in a Day-Night Test and Saha is ready to share his experience with the team.

Speaking to IANS, Saha said that he relishes challenges and this will definitely be one tough test as the Indian boys play their first pink ball Test.

"This will be a new challenge in front of us. We have not played Tests with the pink ball. I have been part of a domestic pink ball multi-day game. Challenge is there in every sport. The more you are challenged as a team, you get better and I am sure we will do that," Saha said.

After days of speculation, the Bangladesh Cricket Board (BCB) on Tuesday agreed to the BCCI's request for the second Test between the two countries to be a Day-Night game. This will also be the first time that Bangladesh will play a Day-Night Test.

Mohammed Shami and Saha have had first-hand experience of day-night cricket with pink ball when local giants Mohun Bagan and Bhowanipore Club played the CAB's Super League final at the Eden in 2016.

Asked whether he will be able to guide his teammates on the nuances of a Day-Night Test, Saha said: "To be honest, I really don't remember all of it. Shami bowled really fast and we (Mohun Bagan) won. One thing I remember is sometimes it was becoming difficult to pick the ball."

Shami picked up a five-for in the first innings of that match and finished with a match haul of seven wickets. Not to forget that India have one of the best fast-bowling attacks in the world at present.

While the Indian team was earlier not too keen on playing Day-Night Tests, things changed with Sourav Ganguly taking over as BCCI President and he even convinced Kohli on the need take up the challenge. Ganguly then convinced the Bangladesh Cricket Board despite the Bangladesh cricketers not being too keen on the idea. But Saha says there should be no issues.

"We can play. Australia and New Zealand have played in the past. Other countries have, so..it has been done to attract crowds and it is good for the game," he said.

The first Day-Night Test took place in 2015 between Australia and New Zealand. Pakistan, West Indies, South Africa, England, Sri Lanka and even Zimbabwe tried out the concept over the next four years, while India resisted.

Saha also heaped praise on Ganguly. "He has dominated world cricket and now people are expecting the same vigour from him (as an administrator). Everybody is looking forward to something new from him. It has started and if the players benefit from it, it's great," said Saha.

On Bangladesh missing Shakib Al Hasan and Tamim Iqbal, Saha said: "It's not like we will start from the third wicket as Shakib and Tamim are not playing. We have to take 20 wickets and score runs."