Wriddhiman Saha has a field day with Shami, Pant, Gill and Saini 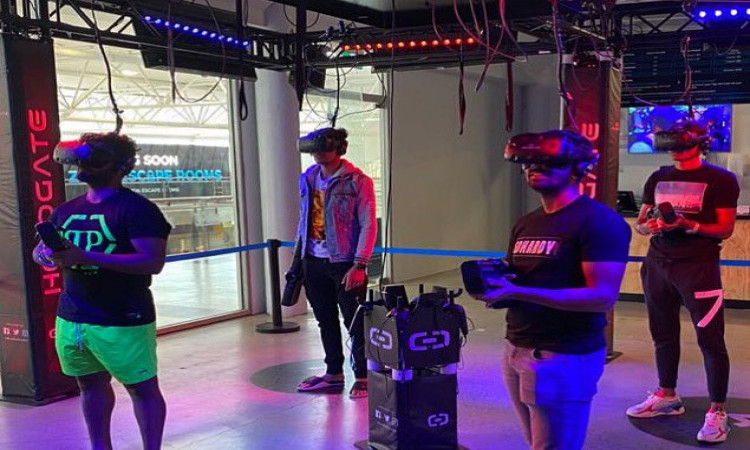 Hamilton, Feb 12:  India's most-dependable wicketkeeper in the Test format Wriddhiman Saha seems to be having a great time with his teammates in Hamilton ahead of their three-day practise match against New Zealand XI.

In a post shared on social media by Saha, he is seen enjoying a virtual reality game with Mohammad Shami, Rishabh Pant, Shubhman Gill and Navdeep Saini. "Game time in Hamilton," Saha tweeted a picture alongside his teammates.

Also Read: Ravi Bishnoi one of my calmest children, wonder what happened: Father

After being hammered 3-0 in the just held ODI series, Virat Kohli and boys will aim to avenge their whitewash when they come up against the Kiwis in the two-Test series, which will commence on February 21 in Wellington.

Saha was earlier asked by the BCCI to skip Bengal's Ranji Trophy game against Delhi in January to keep himself fit ahead of the Test series in New Zealand as he was recovering from a finger injury which he picked up during the Day/Night Test against Bangladesh in Kolkata in November.

Ever since M.S. Dhoni's retirement from Test cricket, Saha has proved his efficiency not only behind the wickets, but also with the bat, where he batted down the order in red-ball cricket.