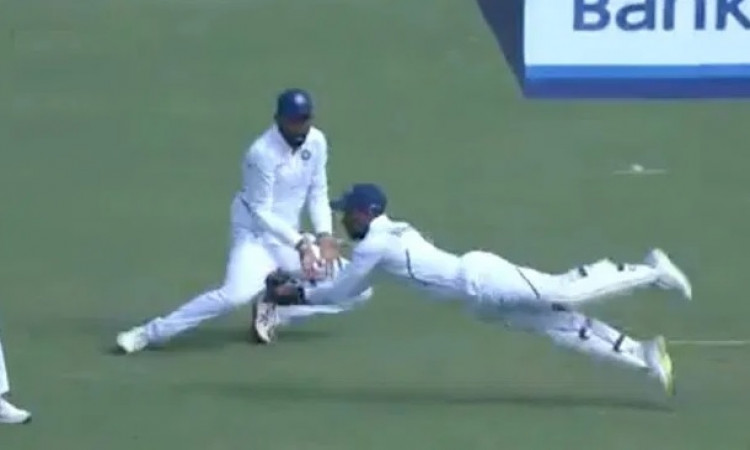 Pune, Oct 13: A day after taking a brilliant catch, India wicketkeeper Wriddhiman Saha on Sunday exuded confidence and self-belief as India edged towards a series win in the ongoing second Test against South Africa here.

Saha, rated as one of the best stumpers in the world, flew to his right to grab the ball with both hands right in front of first slip off Umesh Yadav's bowling to dismiss Theunis de Bruyn as the tourists slumped to 53/5 on Day 3.

The Proteas were eventually bowled out for 275, still 326 runs behind India's mammoth first innings score of 601/5d.

"Be strong. Be you," Saha wrote on his Twitter handle with the video of his catch that drew many plaudits.

Saha took another catch during the innings to remove Temba Bavuma off Mohammed Shami.

Skipper Virat Kohli had hailed Saha as the best wicketkeeper in the world recently and the Bengal cricketer justified the faith put on him.

Saha, who will turn 35 later this month, has a total of 77 catches and 10 stumpings to his name in 33 Tests.India lead the three-match Test series 1-0.