Would have meals alone, cry in the shower: Imam-ul-Haq on nepotism accusations 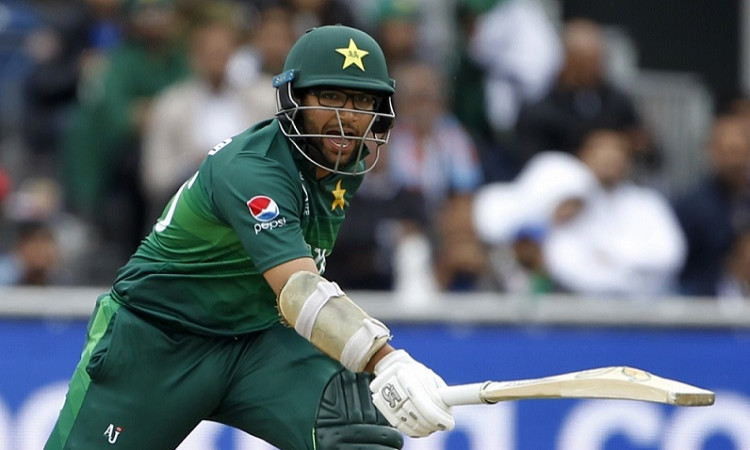 Lahore, July 25:  Pakistan batsman Imam-ul-Haq spoke about the mental pressures that came with being accused of nepotism when he broke into the national team. Imam, who is the nephew of legendary former captain Inzamam-ul-Haq, made his ODI debut in an ODI against Sri Lanka on October 2017.

His case was not helped by the fact that Inzamam was also the chief selector for Pakistan at the time.

Also Read: IPL is going to change the mood of the nation: Gautam Gambhir

"When all of this started happening, I would have my meals all alone. It was my first tour and you know how it can get on the first tour. And whenever I would open my phone, there were people tagging me on social media posts or sending me stuff. I was very disheartened and couldn't understand anything," Imam told former India cricketer Deep Dasgupta on his ESPNCrincinfo chat show Cricketbaazi.

"I stopped talking to my family because I didn't want to put them under any pressure that I'm facing problems. I switched off and handed both my mobile phones to my manager, and said, ‘I can't take this, please take them off me.'

"I remember crying in the shower for hours that I haven't even played yet. It's very easy for young players to get surrounded by self-doubt. The only thing running constantly in my mind was that I haven't even played [for the national team] yet, what if I play and don't perform well? Then my career will be over. I wouldn't step a foot out of my room, fearing people might trouble me outside, because there is a large Pakistan community in Dubai."

Imam played the third match of the series. "We were living in Dubai, and from there we had to travel to Abu Dhabi on the match-day, which is a two-hour drive. So we had to leave around 11am-12pm for the match and I got his (Arthur's) message at around 9.30am, which I still remember, ‘Immy, it's your time, be ready and good luck,'" said Imam.

"After that, I don't remember anything. My mind was completely blank. I was hoping he hadn't messaged me. He shouldn't have. Because my confidence had hit the rock-bottom and I was feeling so low that I felt I won't be able to perform in the match.

"I was focussing less on the match and more on what would happen after. What if I couldn't perform? My career will get badly affected and everyone will say they were right to criticise me. Because the media was only discussing my inclusion in the side."

Imam went on to score a century in that match, thus becoming the second Pakistani batsman to score a ton on debut.