Would have been nice to get an extra run somewhere: Tim Southee 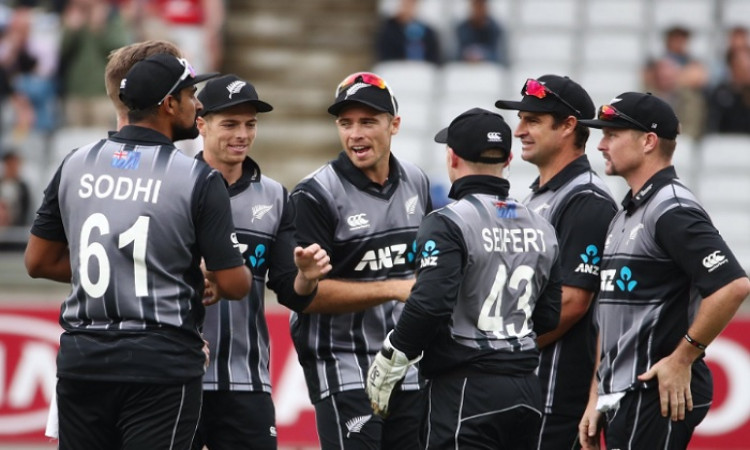 Auckland, Nov 10: With the series tied at 2-2, the fifth T20I between England and New Zealand looked to get washed out due to rain on Sunday. However, what took place was a 11 overs a side thriller that was decided in England's favour in Super Over.

New Zealand captain Tim Southee said that while an extra run would have been nice, it was a good end to the series. "The shorter the game, the harder the sides can go," Southee said in the post-match presentation ceremony.

Also Read: Happy that we took our chances: Eoin Morgan

"They just kept coming hard and it would have been nice to have one more run somewhere, but it wasn't to be. It was a good series, which sort of ebbed and flowed throughout. At the end of the day, it was good cricket which finished off with some good entertainment here," he said.

New Zealand had scored 146/5 in 11 overs. But England managed to match that with Chris Jordan levelling the scores with a last ball four to take the game to Super Over.

The two sides will be next seen in a two-Test series starting November 20.