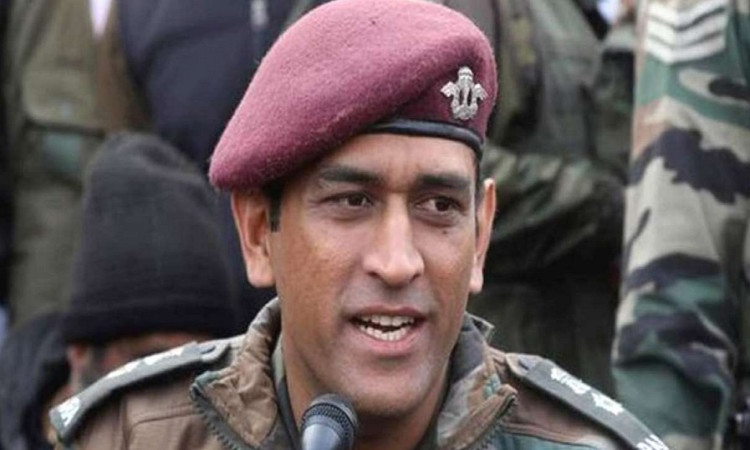 Former India captain MS Dhoni on Thursday said that with the final induction ceremony of the Rafale jets into the Indian Air Force (IAF), the world's best combat proven 4.5 generation fighter plane has got the world's best fighter pilots.

"With the final induction ceremony, the world's best combat proven 4.5 generation fighter plane gets the world's best fighter pilots. In the hands of our pilots and the mix of different aircrafts with the IAF the potent bird's lethality will only increase," Dhoni said on his official Twitter handle.

"Wishing The Glorious 17 Squadron(Golden Arrows) all the very best and for all of us hope the Rafale beats the service record of the Mirage 2000 but Su30MKI remains my favourite and the boys get new target to dogfight with and wait for BVR engagement till their upgrade to Super Sukhoi," he added.

Dhoni, who last month announced his retirement from international cricket, holds the honorary rank of Lieutenant Colonel in the Territorial Army unit of the Parachute Regiment (106 Para TA battalion).

Earlier in the day, the IAF hosted a ceremony at the Ambala Air Base in Haryana to formally induct the first five Rafale fighter jets. Defence Minister Rajnath Singh, his French counterpart Florence Parly and India's top military brass attended the ceremony.

Speaking at the ceremony, Rajnath said that the combat aircraft made by French company Dassault Aviation can be deployed at a short notice at the Line of Actual Control (LAC) in Eastern Ladakh.

Rafale is an omni-role aircraft which means it can carry out at least four missions in one sortie. The fighter aircraft have HAMMER missiles. It will also be armed with beyond visual range missiles like Meteor, SCALP and MICA, increasing their capability to take on incoming targets from a distance.