On the 13th anniversary of India's World T20 triumph on Thursday, former all-rounder Irfan Pathan said that the Man-of-the-Match award he won in the final would always remain closest to his heart, and emphasised that it was special because he had won it against traditional rivals Pakistan. 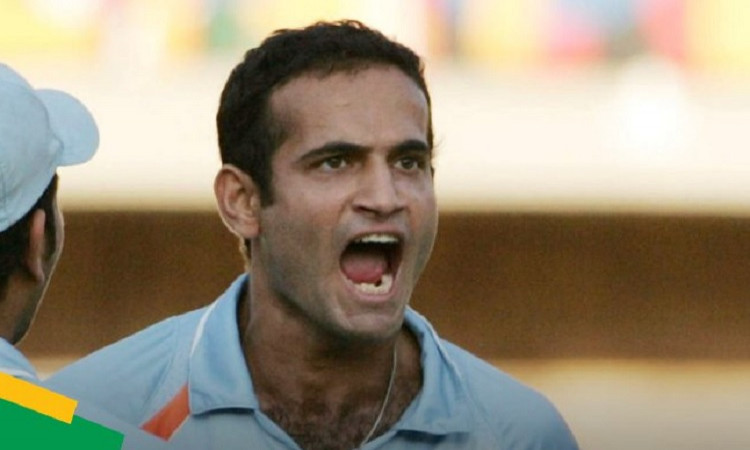 Pathan also pointed out that when the Indian Premier League (IPL) was launched the next year, in 2008, memories of India's World T20 triumph were still fresh in the minds of Indian fans and they accepted the IPL immediately and made it a resounding success with their patronage.

"I am grateful to Allah that I was adjudged the Man of the Match. And my wickets included that of Pakistan captain Shoaib Malik and Yasir Arafat. But the most precious wicket for me was of Shahid Afridi. He has at times played well against India. Whenever I played against him I often dismissed him. I have dismissed him 11 times in India-Pakistan encounters and that was amongst those 11 occasions," Pathan told IANS in an exclusive interview on Thursday.

"Afridi was a batsman who could have changed the final on its head. He was the kind of player who would either return to the dressing room early or if he settled down he would win the match. I planned to get him out in the final. I bowled a bouncer and then slipped in a slower one, knowing that he would go after me, and Sreesanth taking his catch was also important. His was a crucial wicket," explained the 35-year-old Baroda-based former cricketer.

Blessed with natural swing, Pathan bagged three wickets for just 16 runs in the allotted four overs in the final. His wickets came at crucial junctures that gave India the upper hand -- and a heart-stopping five-run win at The Wanderers in Johannesburg.

"I have won many Man-of-the-Match awards -- in junior cricket, in IPL, and in international cricket -- but this one in the final is the closest to my heart. One reason is that it came in the final against Pakistan, whom we beat twice in the World T20, and also because India won in the first ever T20 World Cup," he reasoned.

"Moreover, I won it in the final where I made a contribution to my team's cause. I consider myself very fortunate. I bowled well in the entire tournament. Against South Africa, I conceded only 16 runs in four overs, though I didn't get a wicket. People will, obviously, not remember that performance because I hadn't taken a wicket and hadn't won the Man-of-the-Match award. So, that good performance got buried," he said with a tinge of disappointment.

Pathan further said: "But in the final, by the grace of Allah, I won the award and the world will remember my performance in the final for many years. Whenever people will discuss the T20 World Cup, they will say that India had won and Irfan Pathan the Man of the Match."

India reaching the final was completely unexpected as the players hardly had any experience of playing in the shortest format of the game. India had actually played a solitary T20 International, against South Africa in 2006, before going into the World T20 in 2007. They appointed a new captain, Mahendra Singh Dhoni, after seniors Sachin Tendulkar, Rahul Dravid, and Sourav Ganguly opted out of the tournament to give opportunities to youngsters.

Pathan said that the World T20 triumph facilitated the entry of IPL on the cricket firmament.

"What happened a year after the T20 World Cup triumph -- the advent of the IPL -- changed the entire face of Indian cricket and the eyes of the whole world were on India. IPL would have been launched anyway, maybe after a while and what would have happened then is a matter of conjecture. But the fact is that we won the World Cup in 2007 and the IPL was launched the very next year. The memories of the 2007 World Cup victory were still fresh in the minds of people when the IPL was launched," the Pathan said.

"People hadn't given us a chance to win the World Cup. We were a young team and we all contributed to the team's cause, be it Gautam Gambhir [he scored 75 in final], Yuvraj Singh, or Yogender Sharma, and their performances were all praiseworthy," pointed out Pathan, who played 29 Tests, 120 ODIs, and 24 T20 Internationals between 2003 and 2012.

A younger brother of Yusuf, who was also part of the Indian team for the World T20, Pathan stressed that it was a young team and there was a lot of camaraderie within the group.

"We enjoyed each other's success. We won the competition by beating big teams -- we beat 50-over world champions Australia in the semi-finals and beat South Africa in South Africa. So, fans wouldn't have had a bigger cricket memory than that triumph when the IPL was launched. No doubt that the 1983 World Cup triumph gave a big boost to Indian cricket fans. And after many years of that triumph came the World T20 victory and it changed the very face of Indian cricket in a very positive manner," he said.