World Cup snub will hit me when I'd watch it on TV: Josh Hazlewood

Melbourne, May 15 (CRICKETNMORE):  Australian pacer Josh Hazlewood has said he is bitterly disappointed after not being included in the 15-member squad for the World Cup beginning May 30 in England and Wales. 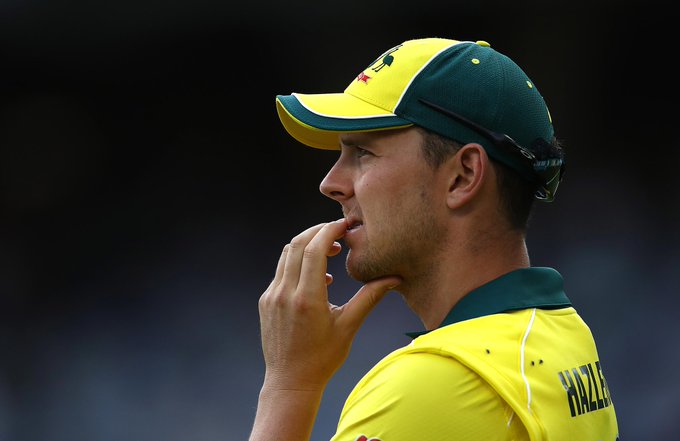 Hazlewood played a vital role in Australia's successful campaign in the World Cup four years ago and was the also the number one ranked bowler in ODIs in 2017.

"It was obviously bitterly disappointing. It only comes around every four years. I was lucky enough to experience it on home soil last time. It'll probably hit me a bit once the tournament starts and you're watching on TV," Hazlewood was quoted as saying by cricket.com.au.

"It's pretty hard. It's not just a normal ODI series, it's a World Cup."

Selectors felt Hazlewood, who is recovering from a back injury he suffered in January, wouldn't have enough match practice going into the World Cup and thus, he should focus on building his fitness and prepare for the Ashes.

"Not playing cricket for four months went against me. I can see their side of things," he added while pointing at the reason for his exclusion.

The right-arm pacer also hoped selectors would keep him in mind if Australia needed a mid-tournament replacement during the showpiece event.

"I guess if someone went down halfway through the tournament then my chances would be a bit better (compared to last week)," Hazlewood said.

Australia will begin their title defence against Afghanistan on June 1.