Kolkata, April 28 (CRICKETNMORE): Not surprised by the World Cup call-up, star allrounder Andre Russell on Saturday said he was as hungry as ever to 'hit sixes' and 'score hundreds' for the West Indies in England and Wales this summer. 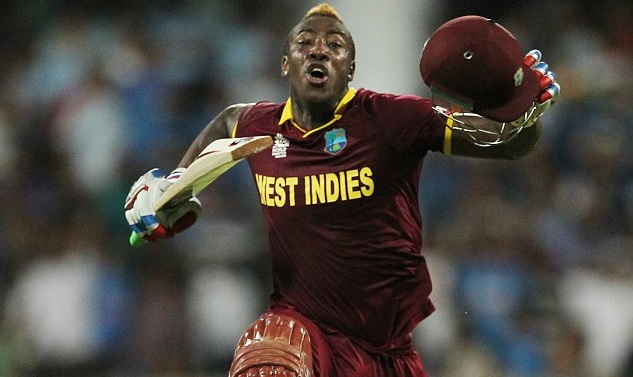 "I wasn't surprised (to be) a part of the World Cup squad. I've been doing well. I've been back and forth with selectors and coaches, back home. I know once I'm doing my work and performing that will lead to national duties," said Russell, who has been Kolkata Knight Riders' main weapon in the Indian Premier League (IPL) this season.

"I'm so hungry right now to represent the West Indies and to smash sixes and to do what I've been doing here and score hundreds," the 30-year old said after being selected in the 15-member squad.

Russell last played an ODI in July 2018, but was called up for the fourth and fifth one-day internationals against England earlier in the year. However, the big-hitting Jamaican could not make it to the starting XI due to a nagging knee problem.

"I was watching the games against England and could not do anything about it," Russell said.

The new regime's policy, according to the board, is if a player can get selected for a team, he must be considered.

"They don't know what it's like to play with injuries and to play in situations where you're not comfortable," Russell said. "If you keep playing for your country and are not comfortable then the performances won't show as it shows here in franchise cricket."

Russell, a part of many T20 leagues across the globe, said he had been treated as "royalties" wherever he played. "What's been happening over the years is we'd have played all around the world in T20 leagues, we are treated like royalties and we haven't been treated like that among our Caribbean team."

"I think that's where it should be more fun because we speak the same language, we can be ourself," he said.

On Skerritt taking over as Cricket West Indies (CWI) President, Russell said he was not a "politician" and hadn't kept a tab on these developments.

"I've been focusing here since everything changed. I haven't been getting too deep into those things. I'm not a politician. I don't get into the politics. I just play my cricket. I have not met him before. I hope all of this is a good change for the board, not just for us as players but for the future and for West Indies cricket."

Russell has scored 406 runs in 11 games for KKR in this IPL season.