Workload Management Will Be Key For Pacers In Hot UAE: Mohammed Shami 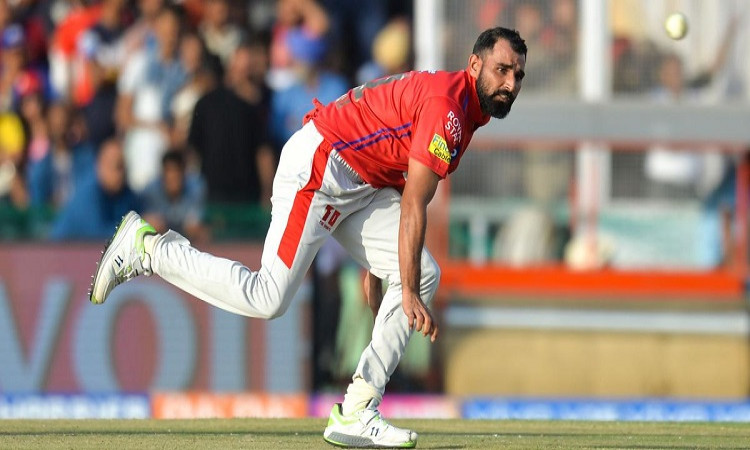 Keeping in mind the hot and humid conditions in the United Arab Emirates (UAE), it will be vital for fast bowlers to manage their workload properly as the task at hand wouldn't be easy when the Indian Premier League (IPL) gets underway on September 19, feels Kings XI Punjab pacer Mohammed Shami.

The IPL was moved to the UAE due to rising COVID-19 cases in India. The cities of Dubai, Abu Dhabi and Sharjah -- which will host the league -- are expected to experience temperatures of around 35-40 degree celsius during the tournament.

Also Read: Friend In Me Trumped The Captain In Me: Du Plessis On De Villiers's Retirement

"Temperature is much higher compared to India. There are chances of getting dehydrated. There will be chances of cramps. So we will have to keep those things in mind," Shami told IANS in an interview from Dubai on Tuesday.

"It will be difficult as the wickets here are also different. So workload management is important. But it is not that difficult that it can't be managed. It depends on us how we manage our workload," added the 30-year-old, rated as one of the best pacers in the World at the moment.

"It felt great getting out of home and coming to Dubai. We are all grateful to play the game which we all love. So the feeling cannot be compared. The best part is that everyone is on the field and training. In India, IPL should bring smiles to the faces of all," he said.

Shami will lead the pace attack for the KL Rahul-led side, which is yet to win the IPL trophy. Asked if there will be added pressure on his shoulders, Shami said, "I don't take pressure of being a senior in the side. You should believe in your skill and back yourself.

"I always try to share my knowledge with all my teammates at any level. It can be IPL, while playing for India or even at the club level. I like to talk about the team rather than myself."

Shami will once again share the dressing room with Chris Gayle. Quizzed about how a bowler should approach players like Gayle and Andre Russell, he said, "There is no batsman in the game against whom you cannot plan. You have to plan. I have played against Gayle. It is not possible that a batsman does not have weakness."

A veteran of 49 Tests, 77 One-Day Internationals and 11 T20s, Shami has been in top form in the recent past. Further asked if he has set a goal for himself, he said, "I don't believe in any goal. I believe in performing according to the demand of the situation. I always try to do better than what I am doing.

"Always try to better myself. I tell coaches also, I don't have a goal. I like to perform as per the role given to me and to the best of my ability."

India are slated to travel to Australia for a T20 and four-Test series later this year. The Virat Kohli side scripted a historic series win in Australia in 2018-19 but the hosts did not have Steve Smith and David Warner, who were suspended for the ball tampering incident. This time though, the star pair would be there.

"We have beaten them before. You cannot say somebody was not there so it was easier and all that," Shami said. "Now we can also think, if we had this bowler, it would have been good and so on. As per situation and current form, you need to plan. That matters more. If you compare both teams, they are strong. It matters how well you execute at the end of the day," he signed off.