Melbourne, Feb 29:  India skipper Harmanpreet Kaur was all praise for Shafali Verma who once again starred with the bat in the team's emphatic victory over Sri Lanka in the ongoing Women's T20 World Cup. 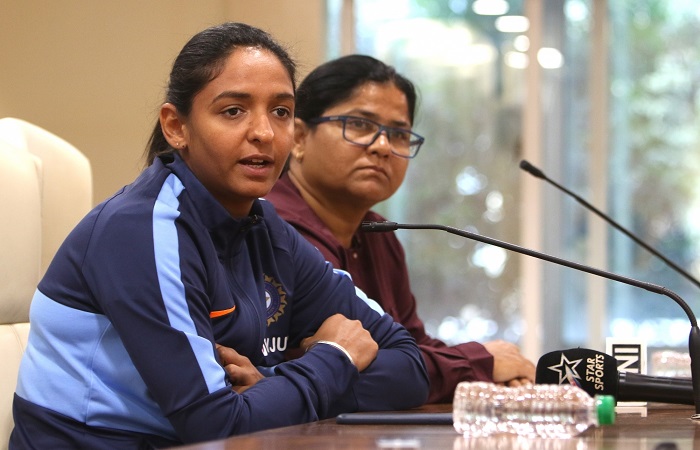 Shafali, 16, has been in great form in the ongoing tournament and has collected 161 runs, hitting 18 fours and nine sixes in four matches at a strike rate of 161.

On Saturday, the 16-year-old scored 47 runs off 34 balls to help India beat Sri Lanka by seven wickets at the Junction Oval.

India have finished Group A at the top of the table and the skipper wants her team not to get complacent and continue with their momentum in the semi-final which they would be playing against yet to be confirmed opponents on March 5 in Sydney.

"It's really important to keep the momentum when you are winning games. You really work hard, so you can't afford to lose that momentum. You can't bowl same pace and lengths on these wickets, so you need to keep rotating the bowlers."

Speaking about her own batting form which has not been great in the ongoing tournament, Harmanpreet said: "In the upcoming games I'll try to give my best."