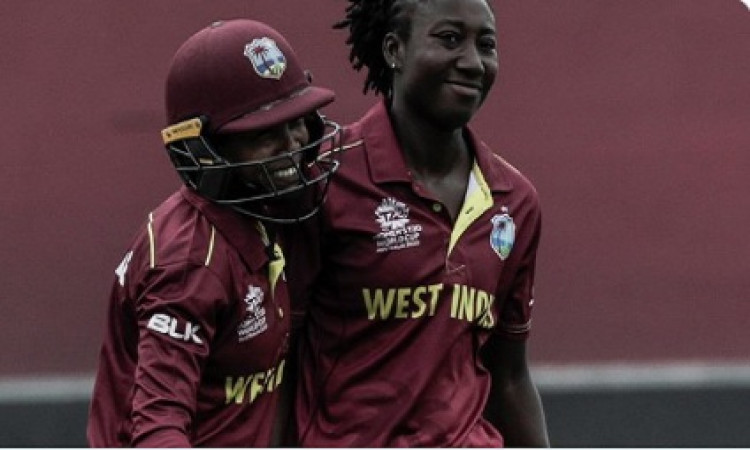 Thailand chose to bat first on their global debut but struggled to score heavily at the WACA, leaving teenage keeper-batter Nannapat Khoncharoenkai to step up and anchor the innings with 33 from 48 balls.

Captain Taylor held their Group B opponents to 78 for nine with her three wickets, but Thailand's fielding strength came to the fore with Lee-Ann Kirby, Hayley Matthews and Deandra Dottin all departing before the seventh over to spark thoughts of an upset.

But Taylor and Shemaine Campbelle stayed firm and their unbeaten fourth-wicket partnership of 53 sealed the win. Thailand were quickly troubled by the WACA pace, with Nattaya Boochatham caught at mid-off off Chinelle Henry while Shamila Connell had other opener Natthakan Chantham caught behind.

Having restricted the debutants to 12 for two within four overs, Henry continued for a third successive over and Khoncharoenkai soon found her groove when she pulled a full toss to the boundary.

It was an impressive yet calm performance from the 19-year-old who stabilised the innings from the third wicket, but her 35-run partnership with Naruemol Chaiwai (13) came to an end after seven overs when Aaliyah Alleyne caught the latter at mid-off off Anisa Mohammed.

That moment was a spark for Thailand, Soraya Lateh sneaking a second wicket when bowling Matthews, who played across the line, for 16 for her first international victim.

It got even better for Tippoch's side as Dottin was run out by Suleeporn Laomi to leave West Indies on 27 for three.

But Taylor (26 not out) brought West Indies up to 50 with three boundaries and Campbelle (25 not out) swept three of her own to steer her country to their first WT20I victory in nine games and an opening success in Group B.