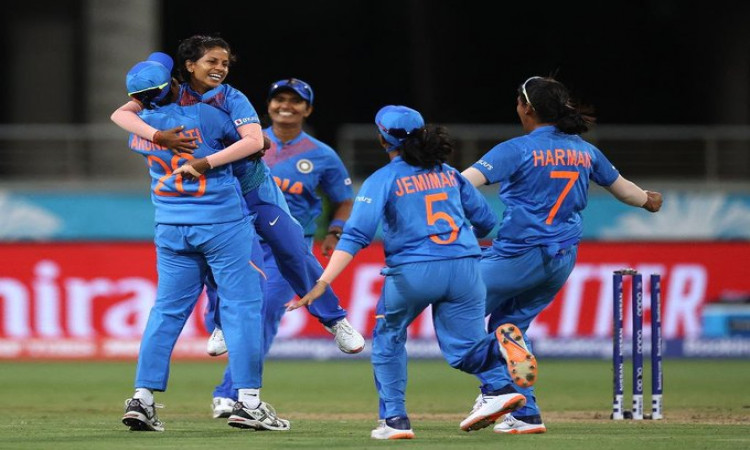 The defending champions looked to be cruising in their chase of 133 but four wickets for six runs from Yadav saw the game flip on its head at the Sydney Showground.

Alyssa Healy had returned to form with a timely 51 but her teammates struggled around her, Ashleigh Gardner (34) the only other batter into double figures.

Shafali Verma's opening burst had set India on their way with the bat while Deepti Sharma's career-best 49 not out steered them to 132 for four, a total that eventually proved defendable.

Healy failed to reach double figures in her previous six innings but started positively at the Showground, a plethora of boundaries lighting up her innings.

The openers put 32 on for the first wicket but Beth Mooney fell for six at the end of the Powerplay, caught at backward point off Shikha Pandey (three for 14), while captain Meg Lanning was caught behind off Rajeshwari Gayakwad.

A full toss thumped over deep midwicket took Healy to 50 but the ICC Women's T20 World Cup 2018 top-scorer was out next ball when offering a return catch for Yadav's first wicket.

The spinner has the most wickets for India in women's T20Is and showed exactly why in her next over, deceiving Rachael Haynes with a googly to be stumped by Tanya Bhatia.

Ellyse Perry was bowled without scoring - nine years since her previous first-ball dismissal - and Yadav was inches from a hat-trick when Bhatia dropped an edge from Jess Jonassen.

But she wasn't to be denied her fourth scalp with Jonassen getting a fine edge when attempting to sweep, Bhatia atoning for her error with the catch.

Gardner struck a superb six down the ground off Gayakwad to keep Australia fighting but partner Annabel Sutherland was the seventh wicket to fall when Pandey had her stumped, brilliant work from Bhatia completing the job.

Delissa Kimmince was then run out while Gardner and Megan Schutt fell in the last over, Australia all out for 115 to lose by 17 runs.

Sharma's unbeaten 49 earlier helped India battle their way to 132 after their star batters fell within the first seven overs.

It seemed at halfway that the lack of boundaries would prove key but India had other ideas, reducing the hosts from 67 for two to 115 all out to complete a remarkable start to the Women's T20 World Cup.