Women's T20 WC: Need to keep up momentum to make it to final: Tanya Bhatia 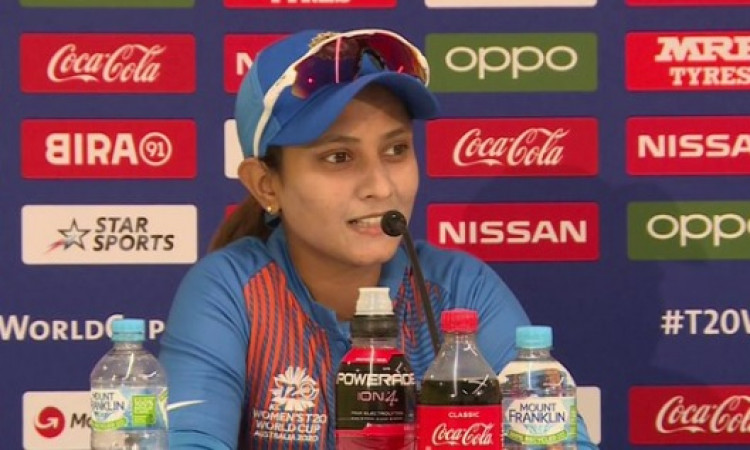 Melbourne, Feb 27:  India's bowling exploits have been crucial in sealing their semi-final spot in the ongoing Women's T20 World Cup, but for wicketkeeper Tanya Bhatia it's only a matter of time until her side's top-order returns to form.

The Harmanpreet Kaur-led side, which registered comprehensive victories against Australia and Bangladesh, carried on the momentum as they defeated New Zealand on Thursday in Group A to become the first team to reach the semi-finals of the ongoing tournament.

Right-arm pacer Shikha Pandey held her nerve in the end to help India secure a tense three-run victory over the White Ferns. Having held India at 133/8, the Sophie Devine-led side would have fancied their chances in Melbourne having not failed to chase a sub-140 T20I target since October 2013.

But they were thwarted with the bat, their star-studded top-order of Sophie Devine, Rachel Priest and Suzie Bates all falling inside the first nine overs, as Amelia Kerr's stunning late cameo could not prevent defeat and they were ultimately restricted to 130/6.

"We're in a really positive position," said Tanya after the match. "We've been playing well ever since the tri-series. I think we've got a lot better as a team in working out how to handle and read situations well."

It was the young prodigy Shafali Verma who once again starred with the bat as she contributed with 46 while other batsmen like Smriti Mandhana and skipper Harmanpreet failed to score big.

"We're playing well, it's just one or two odd games where our batters failed to perform, but I think Shafali is giving us a good start and the rest of us batters will take up responsibility," said Tanya.

On her own batting position, Tanya said she is ready to bat anywhere as per the demand of the team. "I'm ready to bat wherever the team wants me to bat. I can bat well up the order and I know I'm capable of scoring runs there," Tanya said.

She wants the team to continue with the momentum in their bid to win their first ICC trophy.

"The results are in our favour, but we need to keep up the momentum. If we do that, we will do well and hopefully reach the finals."

India will now take on Sri Lanka in their last Group A game on Saturday.