Sydney, March 5:  Ace cricketers Mithali Raj and Virat Kohli led the way as congratulatory messages came flowing for the Harmanpreet Kaur-led team as they became the first Indian women's side to make it to the final of the T20 World Cup. 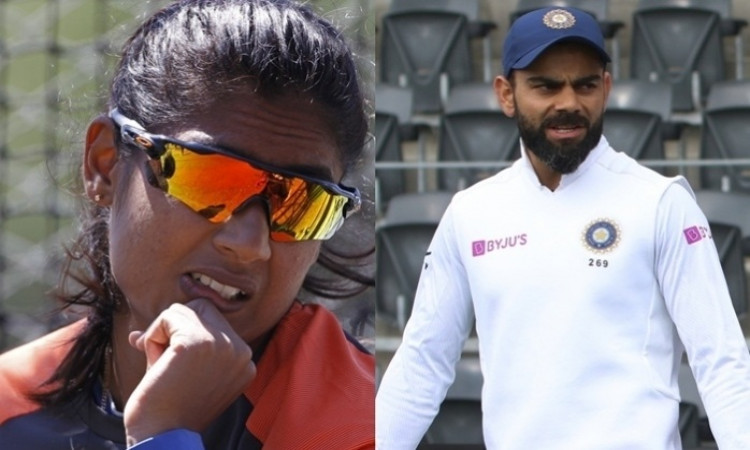 On Thursday, the semi-final between India and England at the Sydney Cricket Ground was washed out without a ball being bowled.

Also Read: Mashrafe Mortaza to step down as captain after Zimbabwe ODIs

India progressed at England's expense by virtue of topping their group as they emerged victorious in all four of their Group A pool matches.

"As an Indian, I am absolutely thrilled India has made it to the finals. But as a cricketer I feel for the English girls. I'd never want to find myself or my team in that situation. But the rules are such and it is what it is. Congratulations girls. This is big," tweeted Mithali, who leads the women's team in the ODI format.

Kohli also took to Twitter and said: "Congratulations to the Indian women's team on qualifying for the T20 World Cup final. We are proud of you girls and wish you all the luck for the finals."

"Congrats team on reaching the final! You guys deserved it after a superb performance in the group stage. Just one more game to go. Good luck," said ace woman cricketer Jhulan Goswami.

Former India opener Virender Sehwag wished the team luck for the final to be played at the Melbourne Cricket Ground (MCG) on Sunday.

Former India batsman and now commentator V.V.S. Laxman said: "Would have been great to see the match, but many congratulations to Indian women's team for making it to the finals of the T20WorldCup. A reward for winning four out of four in the group stage. Wishing the girls the very best for the finals on International Women's Day."

"Congratulations to the Indian women's cricket team for reaching the finals of the T20 World Cup. Well played during the league stage," tweeted Irfan Pathan.