Opener Shafali Verma once again led from the front with an aggressive innings - batting 55 (68 balls) - as the Indian women's cricket team went into tea interval at 83 for one after they were host England asked them to follow on on the third day of the one-off Test. 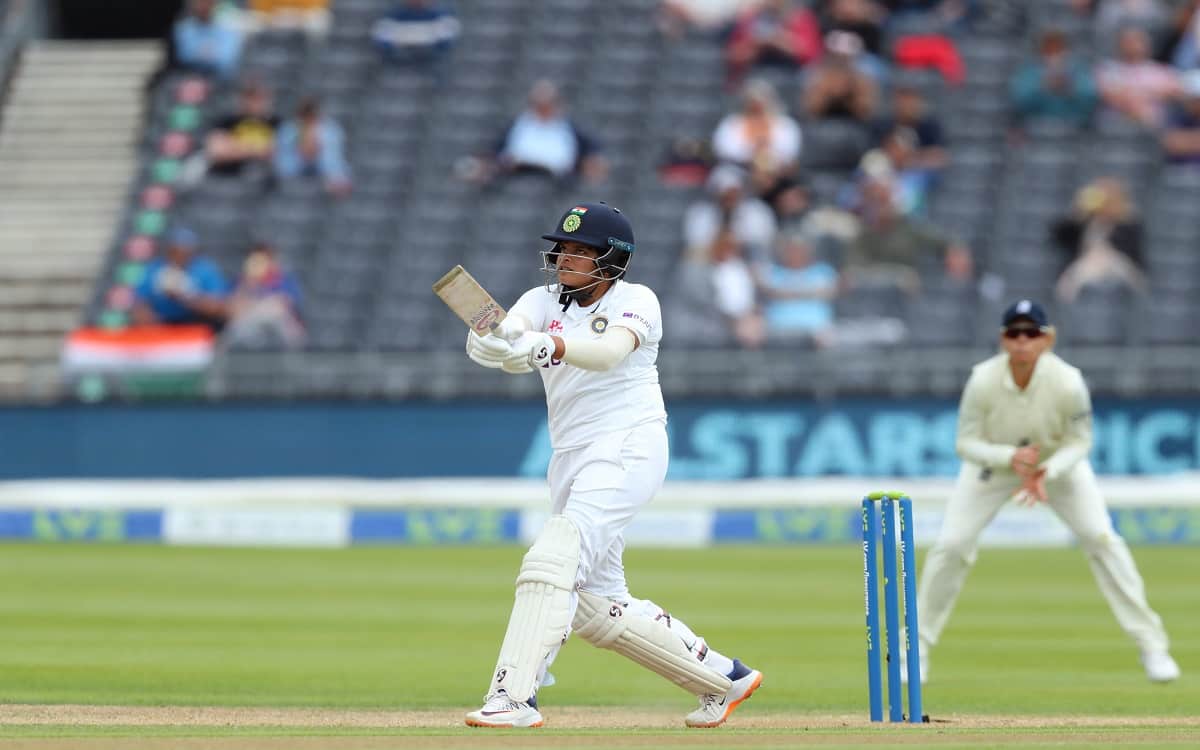 Despite the effort of 17-year-old Shafali, who had made 96 in first innings, India still trail England by 82 runs. India had lost the wicket of Smriti Mandhana early in second innings. The left-hander fell to pace bowler Katherine Brunt for a 13-ball eight.

But Shafali, who has already hit 11 fours in her second innings, and Deepti Sharma (batting 18) have already added unbeaten 54 for the second wicket. Earlier, left-arm spinner Sophie Ecclestone's four for 88 helped England women dismiss Indian women for 231 and take a 165-run lead on first innings.

India, who had got off to a strong start with a 167-run stand between Shafali Verma (96) and Smriti Mandhana (78), lost track late on the second day on Thursday as they lost five wickets for 16 runs to go to stumps at 187 for five.

The third day's morning session did not bring any luck or resistance from India as they lost both Harmanpreet Kaur and Taniya Bhatia without the addition of any score. At 197/8 after the fall of Sneh Rana, it looked like India would not reach even 200. However, Pooja Vastrakar and Deepti Sharma added 33 for the ninth wicket.