Andhra will clash with Jharkhand and Railways will face Bengal in the semi-finals of the Senior Women One-Day Tournament here on Thursday. 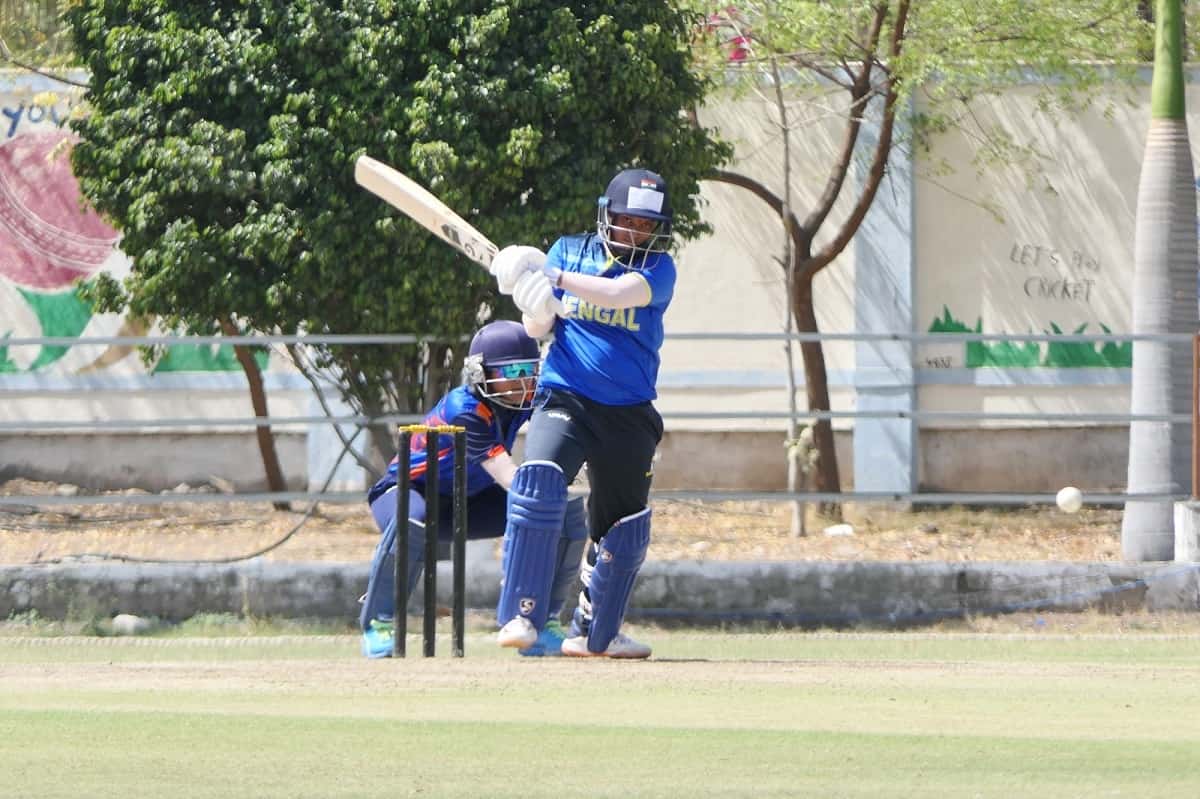 In the third and fourth quarter-final matches played here on Tuesday, Andhra defeated Vidarbha by 49 runs and Bengal beat Madhya Pradesh by 28 runs to advance to the semi-finals.


Calls For 'Sporting Pitches' Despite England's Struggles Against Spin

In the match between Andhra and Vidarbha, the former won the toss and posted 218 runs for six wickets in 50 overs at the Saurashtra Cricket Association Stadium Ground No.1.

Chasing 219 runs to win, Vidarbha were all out for 169 in 46.2 overs. Vidarbha's top scorers were Disha Kasat (52, 90 balls, 6x4s, 1x6) and Nupur Kohale (43, 52 balls). Jhansi Lakshmi bagged five wickets for just 26 runs to break the back of Vidarbha batting line-up. She also bowled three maiden overs. Saranya Gadwal chipped in with two wickets.

In the other quarter-final match, at SCA Stadium Ground No.2, Bengal won the toss and were all out for 205 in 48.5 overs. Deepti was the top scorer with 94 (142 balls, 12x4s) while Richa chipped in with 22 off 19 balls. Pooja Vastrakar and Varsha took two wickets each.