New Delhi, Oct 20:  Former India opener Virendra Sehwag turned 41 on Sunday and the cricketer, known for his fearless batting, was wished by his friends and fans on various social media platforms. 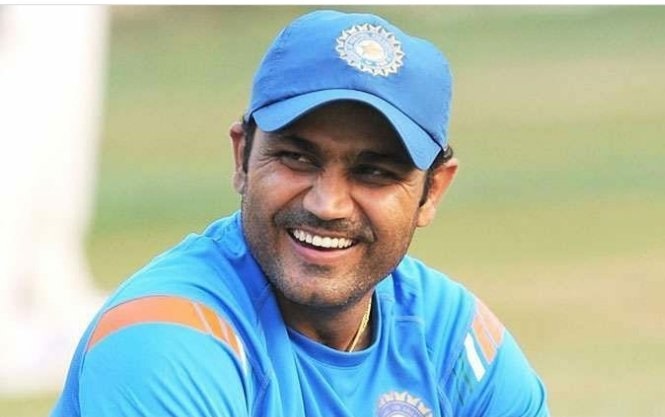 Sehwag, who is known for his witty replies on Twitter, also thanked his fans and friends in his own style.

To which, Sehwag replied: "It's all about timing and what a timing, sharp at mid night with the video upload! Many thanks @BCCI."

Sehwag's former national teammate V.V.S. Laxman also posted a picture with Sehwag to which he replied in Hindi that his charm is still there. "Aapki baat hi niraali hai Bhrata, Jalwe aaj bhi kaaayam hain aapke. Many thanks for your special wishes," Sehwag tweeted.

Sachin Tendulkar also wished Sehwag, saying: "Cracking the ball on the field and cracking jokes off it has always been your mantra! Janamdin Mubarak Viru."

Indian Premier League (IPL) champions Mumbai Indians also wished the former opener, saying: "Happy birthday to one of India's most loved cricketers and a fearless opener, @virendersehwag ???? Would you want to see Sachin and Sehwag bat together again?"

"Thanks for your wishes Michael. How do you manage to keep track? I am ageless and timeless buddy," Sehwag responded.