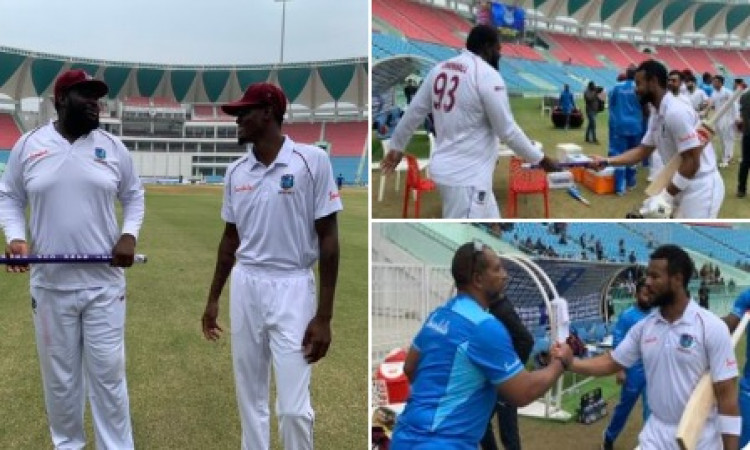 After bowling out Afghanistan for mere 120 in their second innings, West Indies chased down the 33-run target in just 6.2 overs on the third day of the Test match. John Campbell remained unbeaten on 19 along with Shai Hope on 6 at the Bharat Ratna Atal Bihari Vajpayee Stadium.

Also Read: Why Kallis shaved exactly half of his beard & moustache?

With the win, West Indies became the first team since 2002 to win a Test match when a visiting team chose to field in Asia. Previously too, it was West Indies, who won against Bangladesh in Dhaka.

Earlier, it seemed like Windies skipper Jason Holder had erred at the toss but Cornwall's 7-fer gave the visitors a firm advantage on the first day and that was further consolidated by a Shamarh Brooks' maiden Test hundred with help from John Campbell (55) and Shane Dowrich (43) as they took a first-innings lead of 90.

Afghanistan started their second innings on a bright note as the openers stitched a 53-run stand. However, Cornwall once again ran wreaked havoc in the second innings with Roston Chase (3/10), while Holder finished off the tail on Friday morning as Afghanistan bundled out for 120, giving Windies a meagre target of 33.

Afghanistan were guilty of wasting starts in the first innings and they followed the same pattern in the second essay as well.

West Indies will now face India in the three T20Is and as many ODIs starting December 6 in Hyderabad.