Kane Williamson, considered the greatest New Zealand batsman after the late Martin Crowe, fulfilled a dream of the former Kiwis batsman by leading his team to the ICC World Test Championship title win. 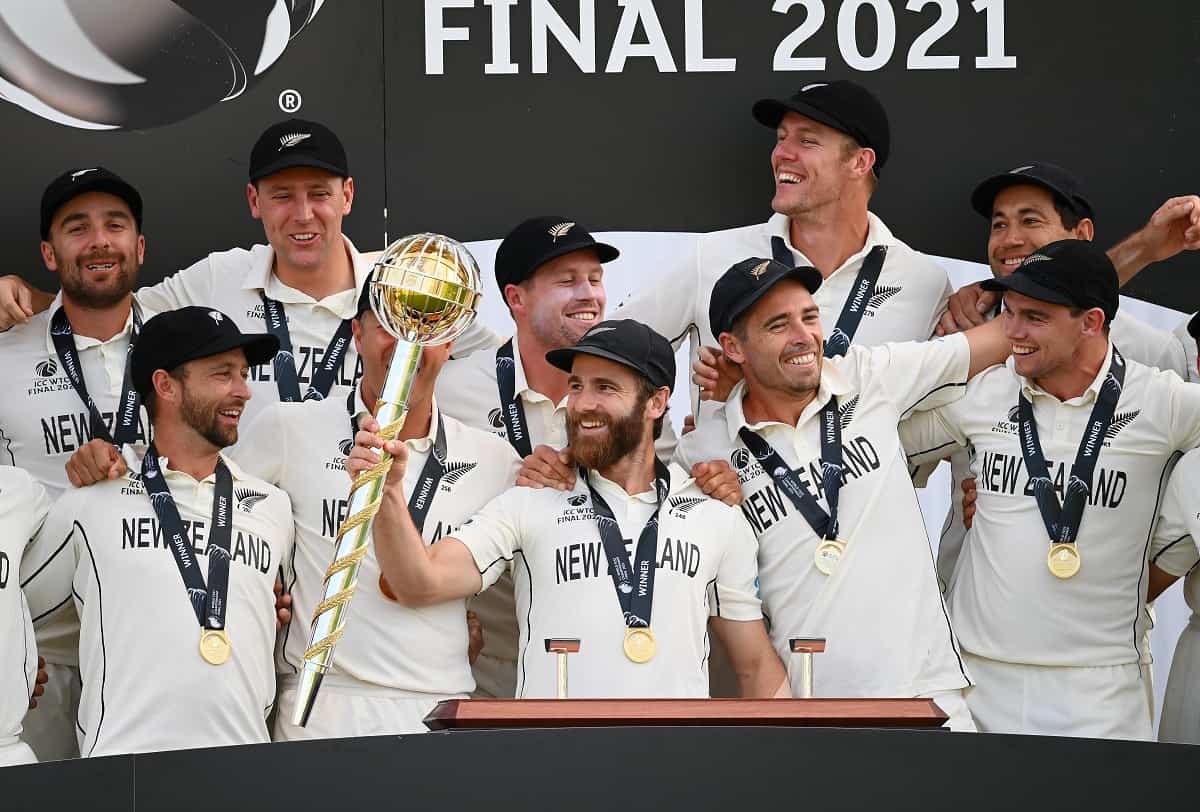 Ahead of 2015, 50-over World Cup final, an ailing Crowe desperately wanted to see a New Zealand team win an ICC tournament. Barring the ICC knockouts title in 2000, the cupboard of Kiwis was dry with Crowe himself missing out on the 1992 World Cup as captain as his side lost a close semi-final.

New Zealand lost a one-sided final to Australia in 2015. A year later, Crowe passed away. New Zealand reached the final of 50-over World Cup again, in 2019, but lost again on boundary count, this time to England.

Williamson, the then skipper, remained unfazed and refused to criticise the rule.

"It is a very special occasion and a fantastic feeling," said Williamson in the post-match press conference.

"We have been involved in a couple of finals previously, and I suppose the first one (2015) was one-sided, the second one (2019) was pretty interesting, and this feeling is a bit different to those, which is great. I know the guys will celebrate that," added Williamson.

The 30-year-old, considered among the four best batsmen of this era, was relieved to be on the right side of the result which they weren't in the last two 50-over World Cups.

India were the favourites ahead of the final, having won more overseas series and having been more seriously tested than New Zealand through the course of WTC. Blackcaps' series victories had come only on home soil.

That apart, India were full of stars, riding on the high of having beaten Australia in Australia.

"I think for us, we know we don't always have the stars, and we use our bits and pieces to stay in games and be competitive," said Williamson.

"I think we saw that in this match. I think we saw a lot of heart, a lot of commitment. What's important to our group is our commitment to our style of cricket. And we had to, we know how strong this Indian side is in all conditions. We've seen it for a long time.

"It's the pinnacle, isn't it, being involved in the final.. For us it's a very proud moment in our history and a proud moment, just as a team really, to stick to what we do well and come away with the win, which is a really great feeling," he added.