Will try to make it 3-0 this time: Wriddhiman Saha 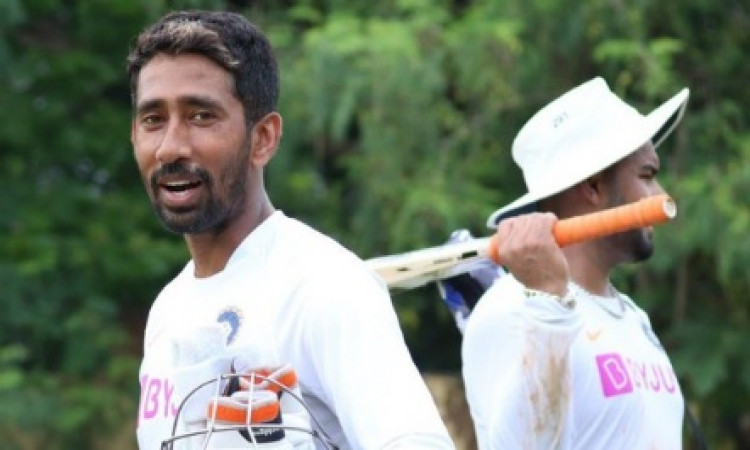 Ranchi, Oct 18  Despite tough competition for a place in the Indian team with Rishabh Pant, Wriddhiman Saha believes their relation has developed over the course of time as they try to help each other with notes on glovework. Saha also said he and his team are aiming to whitewash South Africa in the rubber with a win in Ranchi.

Saha was out of the Indian team for 20 months due to a shoulder surgery but became the talk of the town after some stunning and serious work behind the wicket in Vizag and Pune against South Africa, which the Virat Kohli-led team won convincingly.

Addressing scribes here on the eve of the third Test, Saha said he discusses with Pant as any two stumpers communicate and they both try to improve.

"There's nothing (mentoring) like that. We just discuss normally the way the wicketkeepers discuss. With Sridhar and Pant, we three jointly decide on how to go about our wicketkeeping on a particular type of wicket," Saha said.

"We always observe each other's wicketkeeping. We work hard in our practice sessions and have a good understanding and co-ordination among ourselves. We always try to point out each other's mistakes. It's been going well so far," he added.

While Saha was brilliant with the gloves, he got little time to prove his skills with the bat and even BCCI president-elect Sourav Ganguly said the stumper should now look to improve his batting averages.

Commenting on it, Saha said: "Whoever plays in the team wants to contribute. As a wicketkeeper, I look to get some time in the middle and if I get time I try to build a partnership and score a fifty or so. Everyone tries like that. Sometime it works, sometime it does not."

Saha said that he has a century at the same venue against Australia but as it resulted in a draw, he would try to end the series with a 3-0 win.

"I have good memory of the last match. I made 117 in the last match. I remember how I approached the innings. I also remember the Steve Smith incident. If you see we drew it last time. We are 2-0 up in the series so this time we will try to make it 3-0," he added.

Commenting on his wicketkeeping, Saha said: "It's tough everywhere. Wicketkeeping is a thankless job and people think that he should take all the balls since he's wearing a pair of gloves."

"It's not easy like that, especially on a track with uneven bounce and turn. We prepare according to the wicket," he concluded.