Visakhapatnam, Feb 23 (CRICKETNMORE):  India skipper Virat Kohli on Saturday said the team would "respect the government decision" in the wake of the Pulwama terror attack as far as playing Pakistan in the upcoming World Cup is concerned. 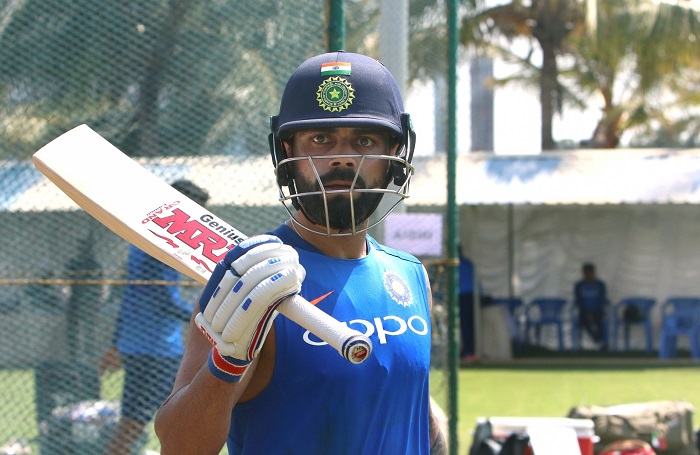 "Our stand is simple. We stick by what the nation wants to do, what the BCCI decides and that is basically our opinion," Kohli said on the eve of India's opening T20 International against Australia on Sunday.

"Whatever the government and the board decide, we will respect that. That's our stand on the issue," he said.

The Board of Control for Cricket in India (BCCI) has put the ball in the government's court on the face-off against Pakistan at Old Trafford on June 16.

Head coach Ravi Shastri also echoed the sentiments in an interview to a television channel.    "It's entirely left to the BCCI and the government. They know exactly what is happening and they will take a call. We will go by what they decide," Shastri had told Mirror Now.

"If the government says it's that sensitive that you do not need to play the World Cup, I will go by my government," the head coach said.

On Friday, the BCCI had urged the International Cricket Council (ICC) to urge cricketing nations to boycott countries that sponsor terrorism. But indicated no decision has been taken if India should play Pakistan in the World Cup after the Kashmir suicide attack.

The communication followed a directive from the Supreme Court-appointed Committee of Administrators (CoA) overseeing BCCI affairs. Friday's meeting was attended by CoA Chairman Vinod Rai and Diana Edulji and CEO of the BCCI Rahul Johri.

Without naming Pakistan, Johri wrote a letter to the ICC, urging cricketing nations to sever ties with all countries from where terrorism emanates.