Will Mankad anyone who goes out of crease this IPL: Ravichandran Ashwin 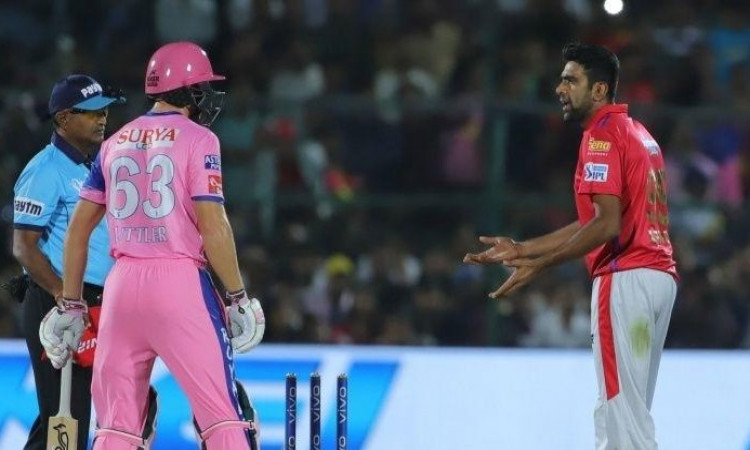 New Delhi, Dec 31:In a question answer session on micro-blogging site Indian cricketer Ravichandran Ashwin said that he will mankad anyone who goes out of the crease this IPL season.

In a session in which he invited questions from fans on Twitter, Ashwin said that he would still do the same if faced with that situation.

"Who are the potential batsmen you can Mankad this IPL? #askash," asked a fan, to which Ashwin replied, "Anyone that goes out of the crease."

Ashwin raised a few eyebrows to say the least when he 'mankaded' Jos Buttler in the last season of the Indian Premier League (IPL).

Ashwin, captaining the Kings XI Punjab at the time, dismissed Buttler during an IPL match when the latter had walked out of the crease at the non-striker's end while Ashwin was going through his bowling action.

The incident split opinions but Ashwin was unapologetic about it at the time and it turns out that he maintains the opinion.

Ashwin was traded to Delhi Capitals by KXIP before the IPL auctions.