Will look to put pressure on Virat Kohli from both ends: Neil Wagner

Christchurch, Feb 26: Star New Zealand pacer Neil Wagner on Wednesday said they need to keep piling the pressure on India during the second Test just like they did in Wellington. 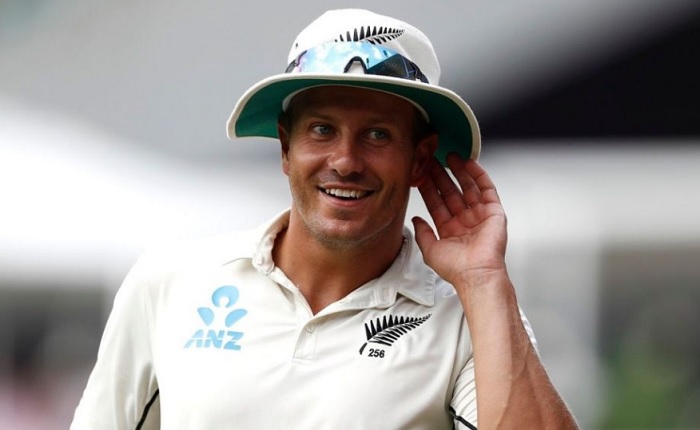 Wagner missed the first Test due to the birth of his child but joined the squad on Wednesday ahead of the second Test which begins on Saturday at the Hagley Oval.

"Hopefully, we can keep the squeeze on and bowl the way the boys bowled in Wellington and if we can keep piling the pressure on, we will make the job a lot easier for ourselves," Wagner told stuff.co.nz.

He also revealed his plans for India captain Virat Kohli, saying his aim is to always get the opposition's best batsman out.

"Every team I play against, I always try and target and go for their best players because you know what a big stride it makes within a team when you get their best players out," he said. "Drying him up, making sure they don't score and putting a lot of pressure on him from both ends (is imperative)."

The quick said it is not easy for Indian batters to come and adjust to the bounce here.

"It's obviously tough for them to come here and play where there is obviously a bit more bounce and pace," said Wagner.

"Obviously, playing in India where there is not that much bounce and pace around and so it is something new for them to adapt to," he added.

"...sometimes when you tour overseas, it takes a match or two to get used to the conditions and adapt from there. No doubt they will be better and they will come back stronger.

"Definitely we look forward to do what we do best in our conditions and keep fighting the way we did."