Will Jacks smashed a 22-ball 57 as Bangla Tigers registered their first win in the Abu Dhabi T10, defeating Northern Warriors by five wickets here. After skipper Rovman Powell's 63 runs helped the Warriors post 126/4 on the board, Will Jacks from England played a blistering innings of unbeaten 57 to help the Tigers chase down their target in 9.1 overs. 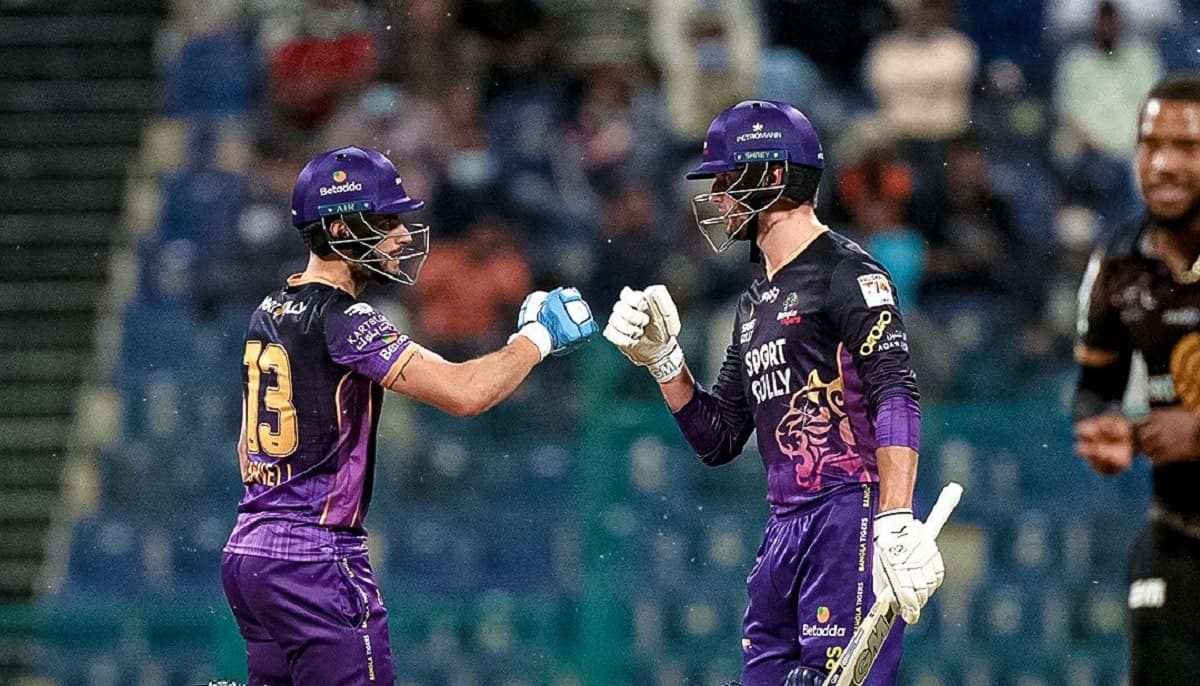 The Bangla Tigers were in trouble in a Sunday night game when they lost five wickets for just 58 runs on the board. Jacks showed tremendous grit, smashing Samit Patel for two fours and a six in the second over. He however, kept losing partners at the other end until country-mate Benny Howell walked onto the crease.

Howell made his intentions clear when he smashed Chris Jordan for two boundaries and a six in the seventh over. Jacks took the game away from the Warriors when he struck three boundaries and a six off Abhimanyu Mithun in the eighth over. Jacks (57 not out from 22 balls) and Howell (35 not out from 11 balls) strung an unbeaten partnership of 72 runs in 29 balls to take the Tigers home with five deliveries to spare.

Earlier, the Bangla Tigers had the Northern Warriors on the mat after Irish cricketer Gareth Delany was dismissed by Luke Wood in the first over and Kennar Lewis was bowled out by James Faulkner in the second over, leaving the Warriors at 13/2 in 1.2 overs. Moeen Ali got things going for the Northern Warriors as he struck Isuru Udana for two boundaries and Karim Janat for three boundaries in the third and fourth overs respectively. However, Ali's stay at the crease was short-lived as he was bowled out by Janat for 24 runs from 12 balls in the fourth over itself.

Thereafter, captain Rovman Powell took centrestage and smashed Benny Howell for a six and a four in the fifth over. He rode on the momentum and went on to play a blistering innings of 63 runs from 27 balls, laced with 4 boundaries and 6 sixes. Powell was ably supported by Samit Patel, who scored 21* runs from 13 balls and also strung a partnership of 80 runs from 35 balls with his skipper. Powell and Patel's explosive batting catapulted the Warriors to a total of 126/4 in their 10 overs.