New Kings XI Punjab captain KL Rahul is unsure if the burden of captaincy would take a toll on his batting, as he feels previous form would count for little, and that all cricketers would be 'slightly' nervous when the Indian Premier League (IPL) starts this month in the UAE. 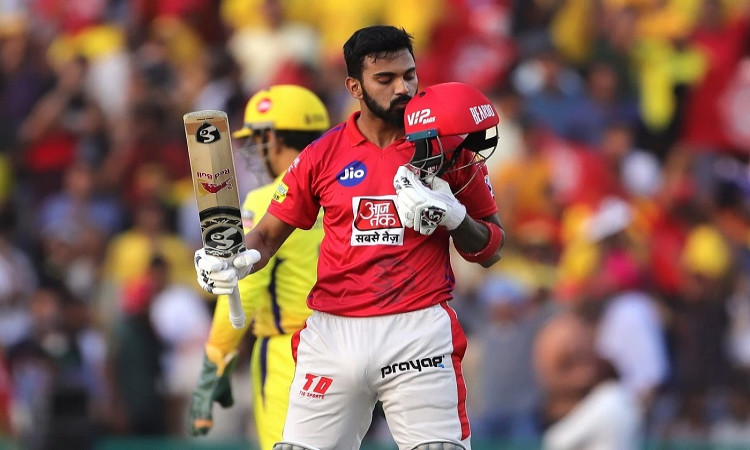 The 28-year old stylish batsman was in red hot form in white-ball cricket when the COVID-19 pandemic reared its ugly head a few of months ago, bringing the world to a standstill.

Having last played in the Ranji Trophy semi-final for Karnataka against Bengal in February, Rahul said his batting was "all over the place" when he hit the nets for the first time two months ago. Therefore, he said, he is not sure his rich vein of form will count or not when he leads KXIP in the cash-rich league in two weeks' time.

"Firstly, I think we are starting fresh. I don't think what has happened seven months prior will matter now," Rahul told IANS in an interview from Dubai.

"We are all coming into the tournament with not [having played] a lot of cricket. So, I am not if my batting form is going to be the same as it was seven months ago. We all as cricketers are slightly nervous because we haven't played a lot of cricket, like I said," said the man who is now India's first-choice wicket-keeper in white ball cricket.

"And in a tournament like IPL which is huge, I would be lying if I say all of us are not nervous at all. We are, but that's the challenge of sport. No one expected this to happen. "

"The first hit I had was a couple of months back in Bangalore. I got in a couple of sessions. Those two days were very, very bad and I was very nervous and my batting was all over the place. It was a bit scary. But I realised [rustiness] after two sessions; the third session slightly got better. Then I started hitting the ball well. Then, there was a break and before coming here I did get a few sessions in Bangalore," he said.

Asked if MS Dhoni's retirement will add to expectations from him behind the stumps, Rahul admitted the expectations are there. "Yes the expectations are always there from not just me but all the XI that represent the country and all 15 guys who are playing in the team. Does it make me conscious? I don't think so. Not so far at least," he said.

"For now, my focus is solely on the IPL and getting some cricket under me. It's a place nobody can ever fill in Indian cricket. That's something I genuinely feel. Whatever role is given to me, it excites me. I am not very conscious about it," he conceded.

Rahul further said he would look to use whatever he has learned from Dhoni and Virat Kohli when he leads the IPL franchise, besides also leaning from his observations of England's ODI World Cup-winning skipper Eoin Morgan, New Zealand captain Kane Williamson, and compatriot and Mumbai Indians skipper Rohit Sharma.

"Having had the opportunity to play under them and with them has been a great learning. Both of them are different individuals and they lead the team differently but one thing that stands out is the passion that they have for the country and the team," he said.

"Their will to always win and push the team and take the team together is something I have learnt and would want to use the same thing with my team. Also, watching Rohit [Sharma]...I have quite enjoyed Kane Williamson and Eoin Morgan's captaincy as well."

KXIP are yet to win the IPL in 12 attempts, but Rahul said the focus will not be on that; it would be on the process. "It is important all of us stay in the present and we must focus on the process and not worry about the end result," he said.