Veteran pacer Ishant Sharma, who has been conferred with the Arjuna Award, on Saturday said he has always tried to take India's name to a higher level through his game, adding that he would continue to do so till the time his body allows. 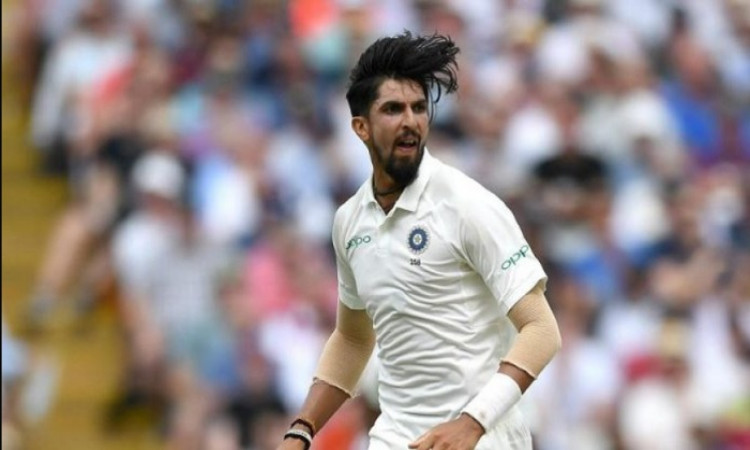 "I realised my passion for cricket at a very young age and since then I have been striving to give my 100 per cent effort day in and day out. Every step I took to improve my game was aimed at taking India's name to a higher level. Till the time my body allows, I will continue to do so, and by God's grace after that as well," the Indian pacer said in a statement put out on his official Twitter handle.

Also Read: IPL: Kohli Returned To Training And Said Been 5 Months But Felt Like 6 Day

The 31-year-old, who has played 97 Tests, 80 ODIs and 14 T20Is for India, is one of the 27 sportspersons who have been bestowed upon with the Arjuna Award this year.

"I sincerely thank the ministry (sports) for this recognition.

"Lastly, a huge shootout to BCCI for giving monumental support in this journey and the journey going forward. Not to forget, congratulations to all the fellow Arjuna Awardees," he added.

Ishant is currently in the UAE with his Delhi Capitals teammates for of the 13th edition of the Indian Premier League (IPL) slated to start from September 19.

Along with Ishant, Rohit Sharma has been conferred with the prestigious Rajiv Gandhi Khel Ratna Award while women's team all-rounder Deepti Sharma won the Arjuna Award.

The award ceremony was held virtually at the Rashtrapati Bhawan due to the ongoing Covid-19 pandemic.