Will always be grateful to Dhoni for reposing faith in me, says Virat Kohli 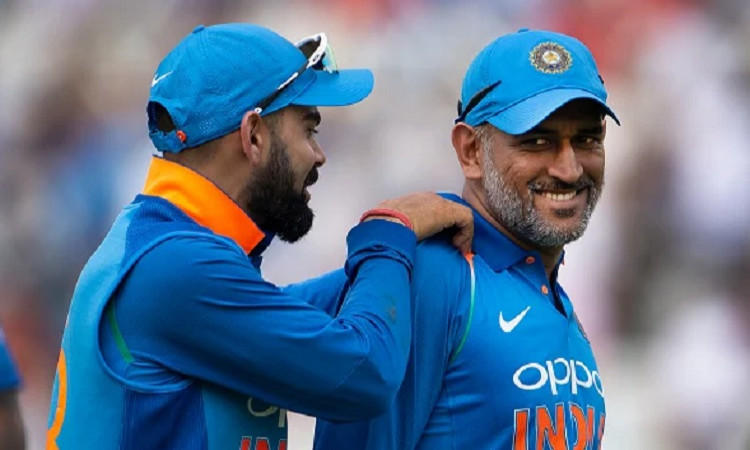 Dhoni quit international cricket on Saturday, thus drawing curtains on an illustrious and a trophy-laden career.

Also Read: Gilchrist tribute to Dhoni: 'He did it with style, flamboyance and above all else, calmness'

The decision ended speculation around the international future of the enigmatic 39-year-old, who quit Test cricket in 2014 and had not featured for India since the side's semi-final exit at the ODI World Cup in July last year.

"Words fall short a lot of times in life and I think this is one of those moments. All I can say is you will always be the guy who sat in the last seat of the bus. Not saying much but your presence, aura say a lot," Kohli said in a video message posted by BCCI on Twitter.

"For me, you have always been that guy and I am sure you will continue to be so. We have shared a great friendship, camaraderie and understanding and that has happened because you always played for the same goal which is to make the team win."

"It's been a pleasure playing alongside and under you. You have shown faith and belief in me which I'll always be grateful for. I wish you the best in the next phase of life. I've always said this and I will say it again, you will always be my captain," added Kohli.

One of the most admired and respected cricketers, Dhoni is also among the most successful captains in world cricket. It was under his leadership that India lifted the World Cup trophy in 2011 after having led India to triumph in the World T20 in its maiden edition of the tournament in 2007 in South Africa.

With India winning the Champions Trophy in 2013 in England, Dhoni became the first and is the only captain till date to have won all three ICC trophies. While his heroics in the limited-overs format are well documented, it was also under his leadership that India became the number one Test side in 2009 and the team stayed at the top for more than 600 days. He has led India to victory in 21 home Test matches, the most by an Indian captain.