David Wiese's all-round performance not helped Namibia get the first-ever T20 World Cup win but also knocked out the Netherlands of the tournament after a second successive loss on Wednesday. 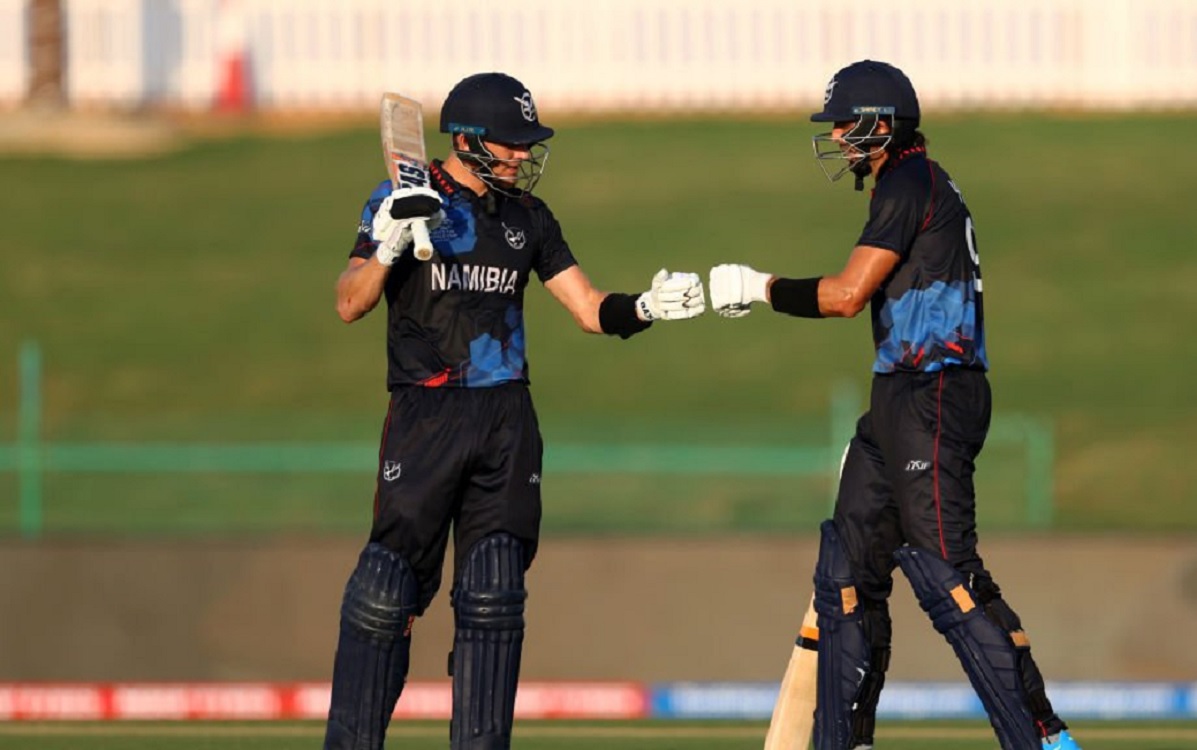 Chasing 165, Namibia lost one wicket in the powerplay and scored 41 runs. They were 52/3 at one stage in the ninth over and were looking down and out. However, Wiese and captain Gerhard Erasmus added 93 runs from 51 balls for the fourth wicket to completely turn things around.

While Erasmus scored 32 off 22 balls, Weise batted long and made sure Namibia finished things off with an over to spare. JJ Smit smashed 14 off eight to give the finishing touch to the chase. Wiese remained unbeaten on 66. He had earlier picked one wicket in his four overs and conceded 32 runs.

Earlier, after being asked to bat first, the Netherlands had a good start as they scored 45 in the powerplay but also lost Stephan Myburgh for 17 during that phase. Roelof van der Merwe, too, got out early the Dutch were to 55/2 in the eighth over.

However, Max O'Dowd and Colin Ackermann added 82 in 62 balls for the third wicket to build a strong platform for a strong finish. While Ackermann hit 35, Dowd continued to find the boundaries till the end as the Netherlands finished on 164/4 in the first innings.