Why this Indian cabbie joined Pak cricketers for dinner 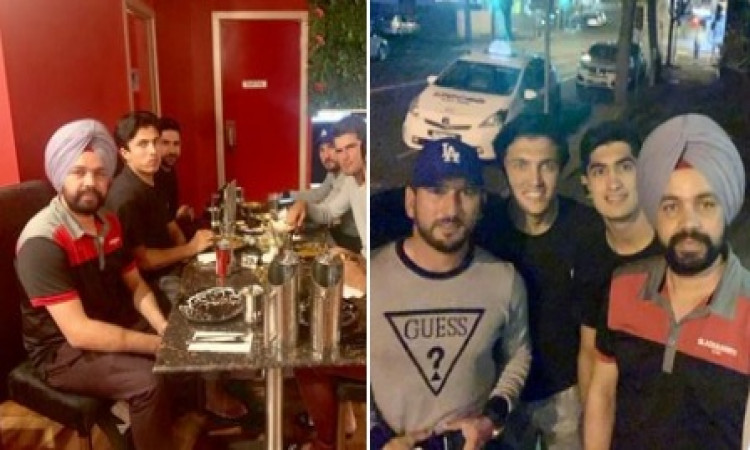 Adelaide, Nov 28  Pakistan bowler Yasir Shah has described his and his teammates' encounter with an Indian taxi driver in Brisbane which went viral on social media as the driver had refused to take fare and ended up having dinner with the members of the Green Brigade.

In a video posted by the Pakistan Cricket Board (PCB), Shan narrated how they met the cab driver and how he ended up offering dinner to him.

Shah, the Pakistani eg-spinner, said that on their first day in Brisbane, where they lost the first Test against Australia by an innings and five runs, he along with teammates Imran Khan, Naseem Shah, Mohammad Musa and Shaheen Shah Afridi, were looking for a Indian or Pakistani restaurant for dinner when they met the Sikh Indian taxi driver.

"On our first day in Brisbane, we didn't know where there was an Indian or Pakistani restaurant. So when the five of us stepped out -- Imran Khan, me, Naseem Shah, Musa and Shaheen Shah -- we saw a cab and hailed it," Shah said in the video.

"We saw he was a 'Paa ji' (Sardarji) from India. So we spoke to him in Urdu and asked him to take us to a nice restaurant. He recognised us and chatted with us about cricket and about him," the spinner continued. When we reached, he refused to take our fare," Shah added.

"So I told him if you are not taking our fare, you have to join us for dinner," Shah continued.

Shah said the driver agreed for the dinner and was very happy that we offered him dinner and clicked pictures with them. Pakistani will now face the hosts in the second affair which is a Day/Night game starting here on Friday.

Also Read: I do get affected by failure says Virat Kohli