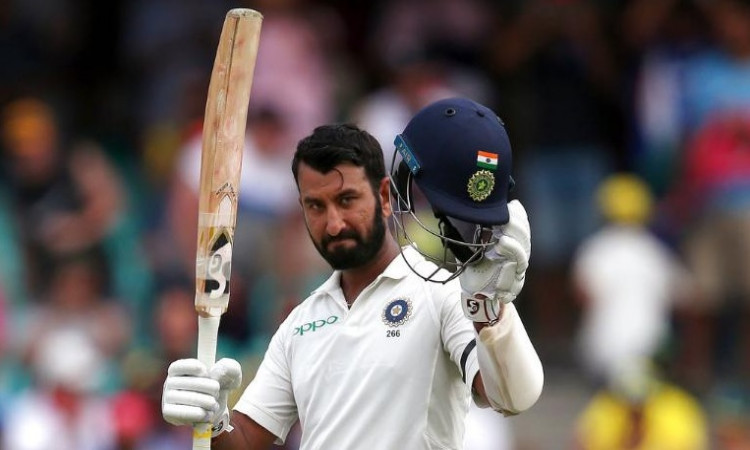 New Delhi, Jan 12:  Cheteshwar Pujara made history recently when he became only the ninth Indian to reach 50 centuries in first class cricket. Pujara, who is an integral part of the Indian Test side, will next be seen for the national team in February when they play a two Test series in New Zealand.

18 of his first class centuries have come in Test cricket and Pujara feels that it indicates the role that domestic cricket has played in his career.

"I am a believer that a player, before making (their) debut, should play enough domestic games before being given an opportunity in the Test team," Pujara told ESPNCricinfo.

"I strongly believe that our first-class cricket is competitive and the guys who have scored runs in Ranji Trophy, for example Hanuma Vihari and Mayank (Agarwal) - these guys were ready when they got their opportunity (to play Test cricket). The same applies to a bowler as well. Take (Shahbaz) Nadeem - he was ready for the international level. Playing Ranji Trophy and performing there should be appreciated and that is the process BCCI is following."

The health of Test cricket has been a constant topic of discussion for much of the 21st century especially with the proliferation of T20 leagues. Pujara said that regardless of how popular other formats get, Tests will always remain special.

"Your priority is always to play Test cricket as much as possible. It is still a long way to go. Luckily I am young and I still love playing this format. Times are changing and white-ball cricket has become popular. But Test cricket is always special and it will always remain special. And let us hope it continues for as much time as possible," he said.