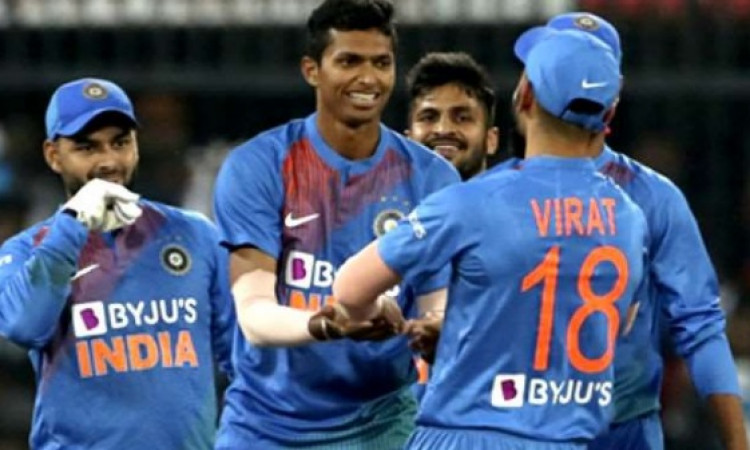 Indore, Jan 8  India registered an emphatic seven-wicket victory over Sri Lanka in the second T20I to take a 1-0 lead in the three-match rubber Indore as pacers Navdeep Saini and Shardul Thakur starred for the Men in Blue after picking up two and three wickets respectively.

Saini was also named the man of the match as he conceded only 18 runs from his allotted four overs while Shardul gave 23 runs from his full quota.

After the match, the duo appeared on Yuzvendra Chahal's 'Chahal TV' and spoke on their performances.

Saini had delivered a perfect yorker in the eighth over of the game to send back Danushka Gunathalika and speaking on the wicket, he said that he learnt from teammate Jasprit Bumrah while going for yorkers.

"As soon as the match started, I thought the wicket was flat. I thought I can do well and wanted to gain confidence from this match. I bowled good yorkers today. Whenever I have heard Bumrah talk about bowling his yorkers, he always talked accuracy when you try to bowl the ball," Saini said in the video.

Meanwhile Thakur expressed that he handled the pressure well. "I am very lucky to finally make my debut on Chahal TV," he said adding: "It's all about handling pressure, I took three wickets and all of them came in a crucial time, I am happy."

The hosts first restricted the islanders to a moderate 142/9 and then rode opener KL Rahul's 45, Shreyas Iyer's 34 and skipper Virat Kohli's unbeaten 30 to overhaul the target with ease in 17.3 overs.

India will next take on Sri Lanka in the final T20I of the rubber at the MCA Stadium in Pune on January 10.