When Tendulkar Told Hogg 'This Will Never Happen Again'

Batting maestro Sachin Tendulkar has signed his autograph on diverse things for his fans and players he has played with and against, and one such signature he put on a photo of his shattered stumps, bowled by former Australia Chinaman bowler Brad Hogg in 2007. 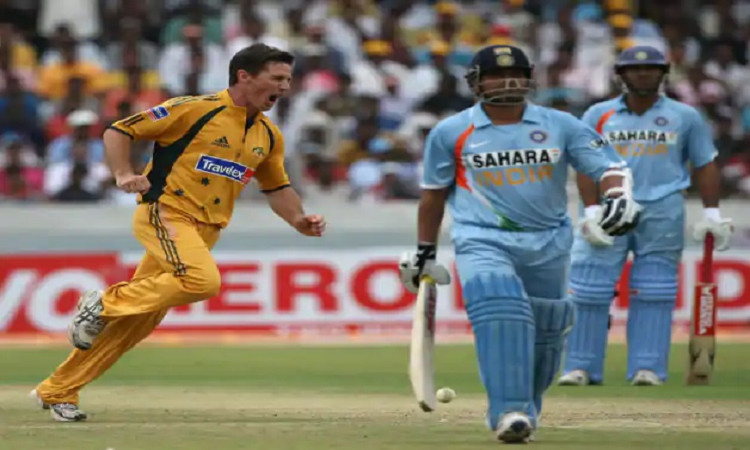 During the third One-day International against Australia on October 5 in Hyderabad, India chased 291 to win. Hogg bowled Tendulkar, who had opened the innings alongside Gautam Gambhir, in the 27th over of the innings for 43.

After the match, Hogg had revealed in an interview to The Sunday Age, Tendulkar gave him in writing to the Australian that he would never take his wicket again.

"I got him out in one of the games, and there was a photo of it I asked him to sign for me. He did it and wrote me a message. Underneath his signature, he wrote, 'This will never happen again, Hoggy'," Hogg had told The Sunday Age at the time.

It so happened that Hogg never took Tendulkar's wicket again. But that autograph remains a "prized possession" for the cricketer-turned-commentator.

India lost that match by 47 runs, despite Yuvraj Singh's 115-ball 121. However, Tendulkar kept his word and never got out against Hogg again in his career.