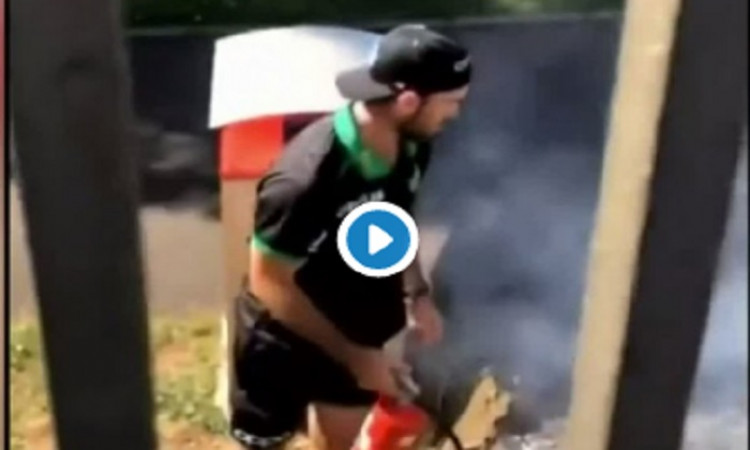 Sydney, Dec 31:  Australian batsman Glenn Maxwell had an unusual interruption to his pre-game routine. Maxwell reacted quickly and managed to quell a bushfire with a fire extinguisher before it could cause any more harm.

Dale Steyn, who is Maxwell's team mate at the Big Bash League side Melbourne Stars, put up a video of the incident in his Instagram story, which was later tweeted by the league. "Saves the day mate!" Steyn had said in his caption for the video.

Steyn, who is making his BBL debut after calling time on a stellar Test career in August 2019, reserved high praise for Maxwell after his recents heroics for the Stars. Steyn compared Maxwell's ability to that of his illustrious former South African team mate A.B. de Villiers.

"When it comes to T20, you very rarely get guys that strike it as cleanly as he does. He's very smart, too, the way he goes about it. You talk about guys like AB de Villiers being a 360 (degree) player but 'Maxi' is up there, too. It's just a nickname that AB's earned because he plays like that, but had AB not been around you could've easily nicknamed someone like Maxi 'Mr 360' because he's got that capability of taking you down in areas you don't want the ball to go," Steyn was quoted as saying by Cricket.com.au.

Is there anything Glenn Maxwell can't do? #9WWOS #BBL pic.twitter.com/dBN4Qw67P1