'What An Over': Kartik Tyagi Earns Praises From Peers For Heroic Last Over Against Punjab Kings

Rajasthan Royals' medium-pacer Kartik Tyagi came in for praise from his peers for bowling a brilliant final over against Punjab Kings in which he claimed two wickets and conceded just one run to single-handedly win the IPL match for his team. 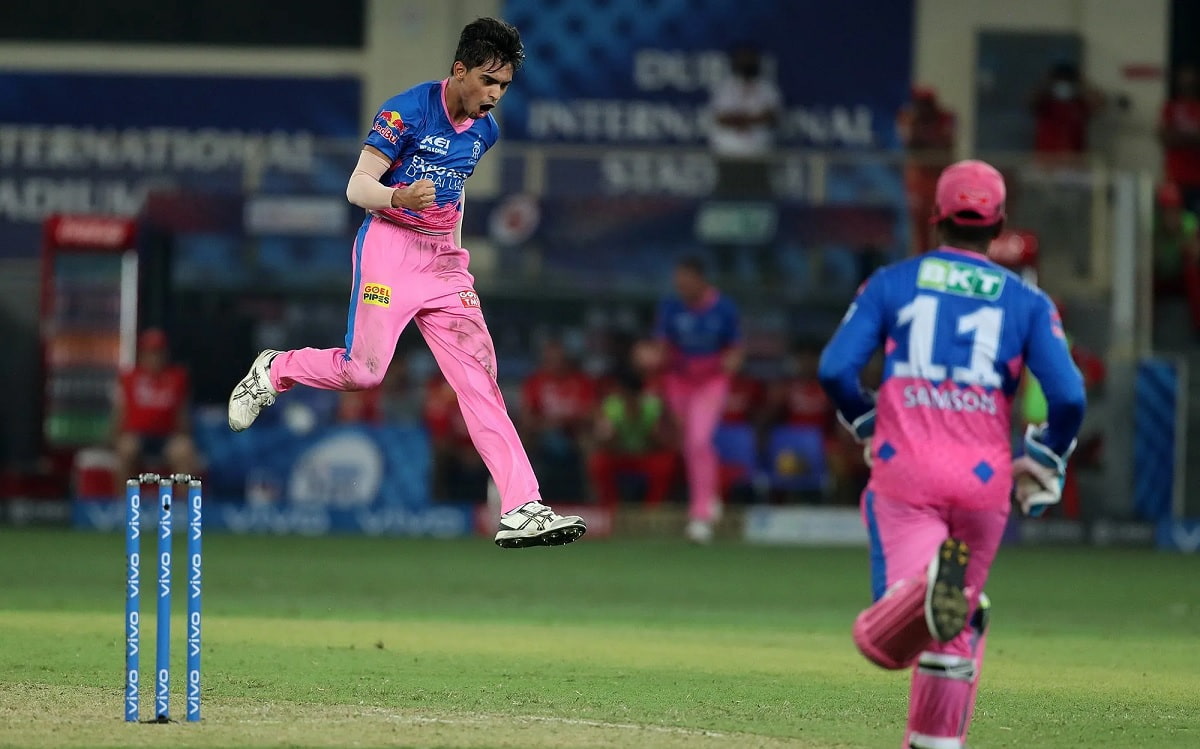 Tyagi's heroics helped Rajasthan Royals snatch victory from the jaws of defeat in an incredible finish as they had looked down and out with Punjab needing 10 runs off 15 balls, with Adrian Markram and Nicholas Pooran going strong.

The Kings needed only four runs from the final over but committed harakiri with Tyagi pushing them down the cliff.

The 20-year-old from Hapur, Uttar Pradesh was singled out for praise by Jasprit Bumrah, Suresh Raina, Harbhajan Singh, and bowling coach Venkatesh Prasad as many current and former stars took to Twitter to express their joy at his bowling.

What an over, #KartikTyagi! To maintain a cool head under that kind of pressure and to get the job done, great stuff, very impressive! #PBKSvRR #IPL2021

Former India pacer Venkatesh Prasad too was effusive in his praise.

Another former India player Abhinav Mukund hailed Tyagi's self-belief in the last over.

RR snatched victory from the jaws of defeat!

Wow,the self-belief of @tyagiktk to defend 4 and give away just 1 in the final over!#CricketChanakyan #VIVOIPL #IPL2021 #PBKSvRR #PBKS #RR #Cricket