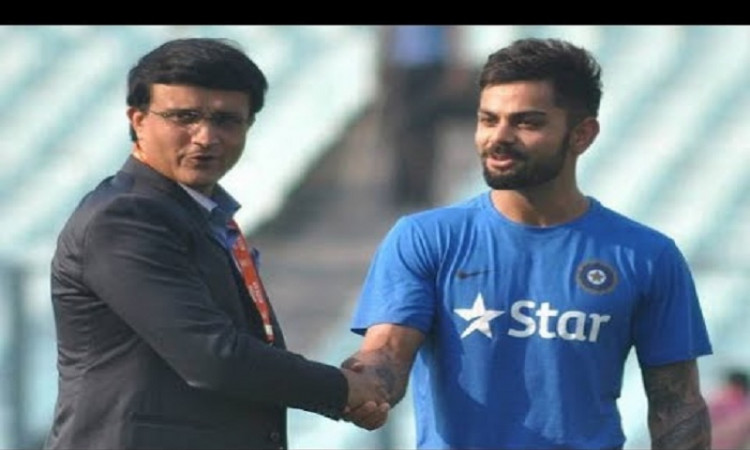 Port of Spain, Aug 12 India skipper Virat Kohli scored a majestic hundred at the Queen's Park Oval as the Men in Blue registered a comprehensive win over West Indies in a rain-affected second ODI.

India defeated West Indies by 59 runs (DLS method), thus taking an unassailable 1-0 lead in the three-match rubber, the final of which will be played on Wednesday at the same venue.

Also Read: Virat Kohli not willing to show restrain just because he is captain

On Sunday, Kohli brought up his 42nd century during the course of which he went past former India skipper Sourav Ganguly tally of 11,363 runs in the list of leading run-getters in ODI cricket.

Soon after Kohli broke his record, Ganguly tweeted: "Virat Kohli another master class in one day cricket...what a player."

During the course of his 120-run knock, the Delhi lad also became the first batsman to complete 2,000 ODI runs against West Indies. The previous record was 1,930 by Javed Miandad, whom Kohli passed in his 34th inning against the Windies.

The Indian skipper now has eight centuries to his name against West Indies. He also has eight tons against two other teams -- Australia and Sri Lanka.