Wicket-keeper batsman Matthew Wade on Sunday said that it was a huge achievement for Australia to win the maiden Men's T20 World Cup trophy, adding that the boys had the belief to become the first team to achieve success for their country. 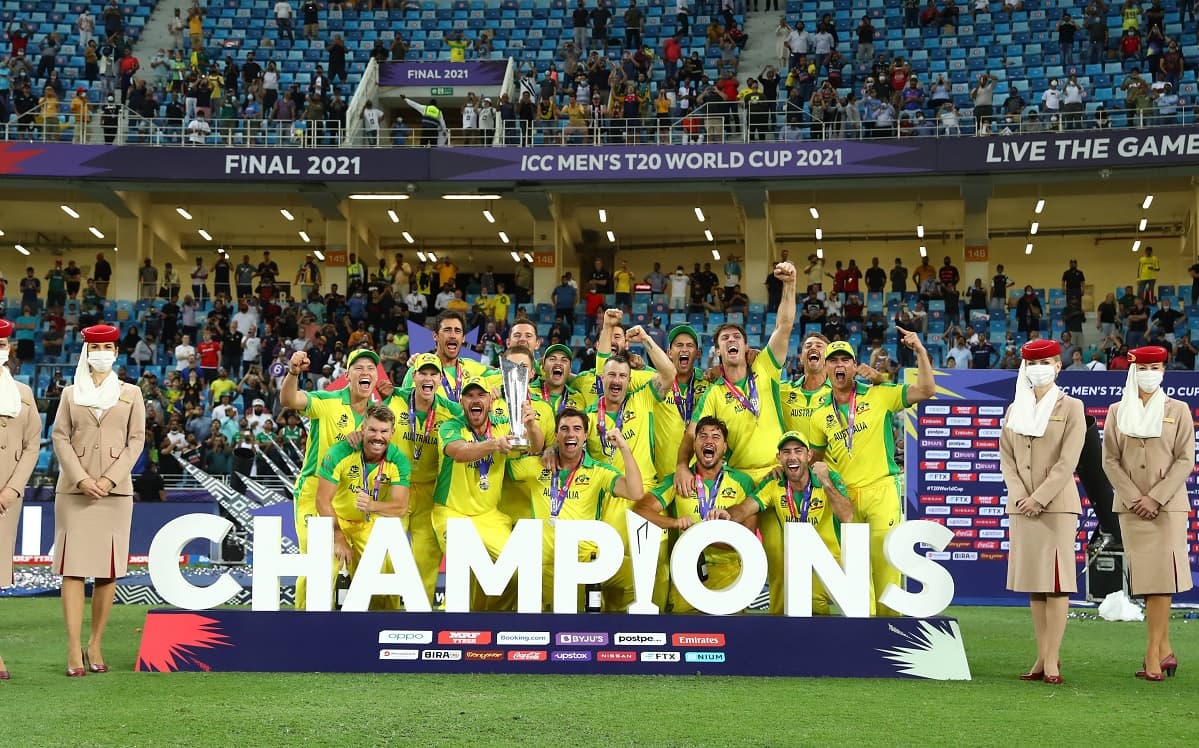 A clinical unbeaten knock from Mitchell Marsh (77 not out off 50 balls) along with a crucial half-century from David Warner (53 off 38 balls) led Australia to their first Men's T20 World Cup trophy, defeating New Zealand by eight wickets in the final of the ICC Men's T20 World Cup at the Dubai International Stadium on Sunday.

"It's huge. First T20 World Cup coming in, felt like a lot of people wrote us off early, but internally we spoke about how we could be the first team to achieve this for Australia," said an elated Matthew Wade, who played a match-winning knock in the semi-final against Pakistan.

"Something really, really special. More than my innings (against Pakistan), the partnership (with Stoinis) will stand out. We didn't realise we scored as many runs as we did. Today we were confident that if the boys could get off to a good start we can do this. Thankfully Mitch (Marsh), Davey, and Maxi did it," he added.

Star batsman Steven Smith also echoed Wade's sentiments, saying that it is an honour to be here with the boys and take the trophy home.

"It means a lot. We have worked hard for a long time and it is an honour to be here with the boys and take the trophy home. Warner's last two weeks have been amazing. A lot of people were writing him off. He came in with exceptional intent and took the game away at the start," said Smith.

Sharing his excitement, pacer Pat Cummins said, "Pretty pumped. Once we go back home it will sink in. A lot of support back home, they've gotten up at 1 am."

With Sunday's win against New Zealand in the final, Australia ended their 14-year-long wait for a maiden T20 World Cup trophy.