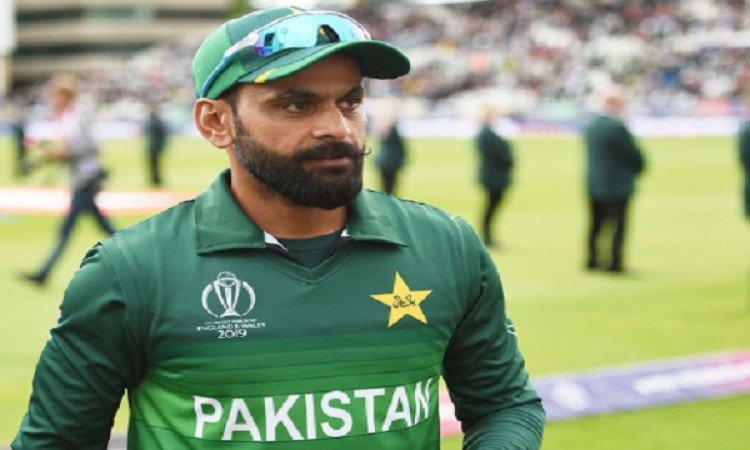 June 21 (CRICKETNMORE) Veteran Pakistan batsman Mohammad Hafeez feels the inability of the team to come out with a collective performance has been the main reason for their dismal show so far in the ongoing World Cup in England.

Pakistan have just managed to win one of their five games and are almost out of the contention of making it to the semi-finals. The team has come under sharp criticism from all quarters following their embarrassing 89-run defeat against arch-rivals India on June 16.

"We failed collectively as a team. We could not produce a team effort and individual brilliance did not help us either. In cricket these days, you need team performance... inputs from everyone," Hafeez was quoted as saying by Pakistan's Geo TV following team's practice session at the Lord's on Thursday.

"We can't blame any single person, everyone is responsible for failing to deliver," he added.

The team, especially skipper Sarfaraz Ahmed, has been drawing a lot of flak for its decision to bowl against India. They conceded a total of 336 and failed to chase down the total at the Old Trafford.

Hafeez defended the decision to send India in to bat after winning the toss, despite advice from Prime Minister Imran Khan, who led Pakistan to their 1992 World Cup win, to do the opposite.

"It was a team decision and that cannot be made on what someone has tweeted. It was the team's decision. We didn't bowl well and that's why we lost that game," he said.

Pakistan need to win all four of their remaining games and hope other results go in their favour, with four teams qualifying from the round-robin phase.

"All is not finished for us. We are focused on our next game and we are eager to win that match. We got ample time after the India game to regroup for a new beginning," Hafeez said.

They will next face South Africa on Sunday, following which they will play New Zealand (June 26), Afghanistan (June 29) and Bangladesh (July 5).