Electing to bat first, New Zealand ended with a sub-par score of 168 all out in 48.1 overs which was chased by West Indies in 43.2 overs with 4 wickets to spare. 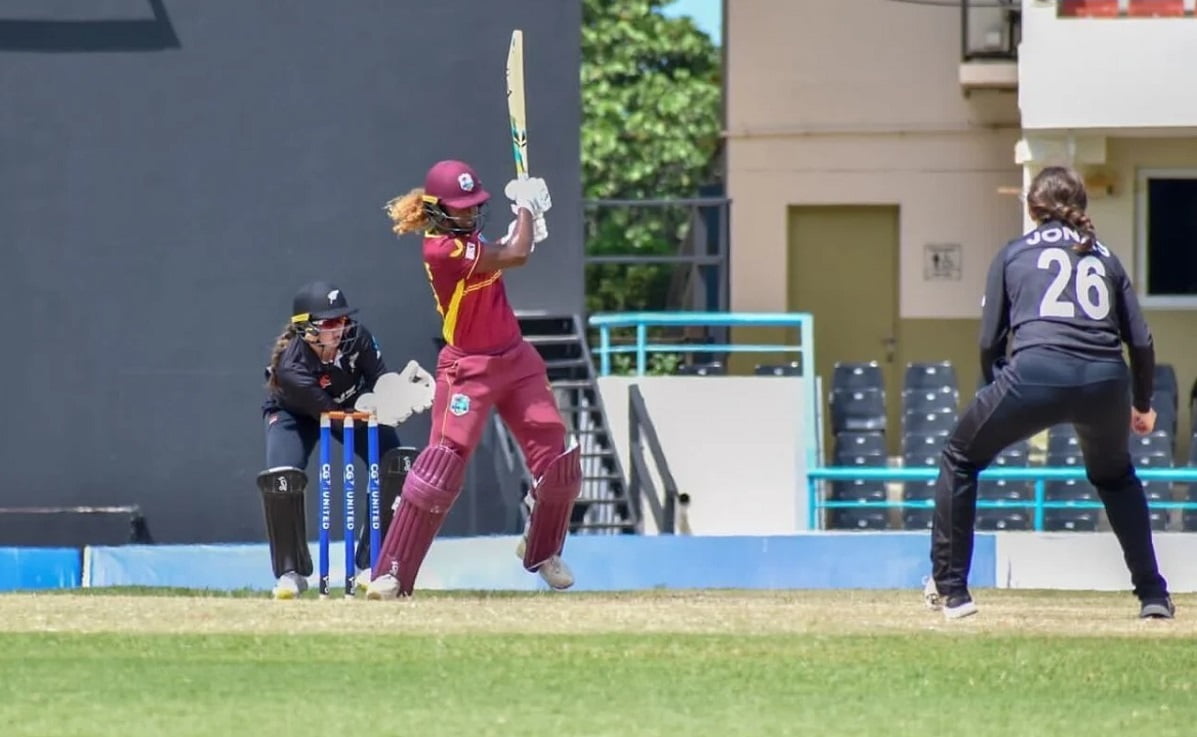 A clinical bowling performance, combined with an all-round show by captain Hayley Matthews and senior player Stafanie Taylor striking a half-century helped West Indies win the final ODI by four wickets and deny New Zealand a clean sweep of the three-match series at the Sir Vivian Richards Stadium in Antigua.

Electing to bat first, New Zealand ended with a sub-par score of 168 all out in 48.1 overs, with Lauren Down making 53 as apart from Amelia Kerr's 30, no other batter could make a substantial contribution.

The opening pair of Sophie Devine and Suzie Bates departed early while Amelia attempted to revive the innings with Maddy Green through a 37-run partnership before the latter fell for 14. Soon, Amelia made her way back to the pavilion as New Zealand were left in tatters at 84/4 in 22.2 overs.

Lauren tried to fight back and get New Zealand to a respectable total through her third ODI fifty. But once she fell to Hayley in a caught-and-bowled dismissal in the 42nd over, New Zealand's innings folded up quickly from 155/7 to 168 all out.

With the ball, Hayley led the impressive effort with 2/23 in her 10 overs while Afy Fletcher (2/31) and Karishma Ramharack (2/28) supported their skipper very well. Chinelle Henry, Aaliyah Alleyne and Shakera Selman had a scalp apiece.

In the chase, West Indies were reduced to 10/2 as pacer Jess Kerr took out Natasha McLean and Shabika Gajnabi on successive deliveries in the third over. But Hayley and Stafanie got together for a huge partnership of 81 runs before Brooke Halliday dismissed the former for 40.

When Stafanie had to retire hurt due to cramps at 51, West Indies had reached 116/3 in 31 overs. New Zealand tried to make a late comeback by dismissing Kyshona Knight and Chinelle Henry in quick succession. But Aaliyah hit 27 not out to ensure West Indies ended the ODI series on a high.