In the 23rd match of the T20 World Cup, West Indies will take on Bangladesh in Sharjah on Friday. The two teams have been neck to neck against each other in the T20Is. 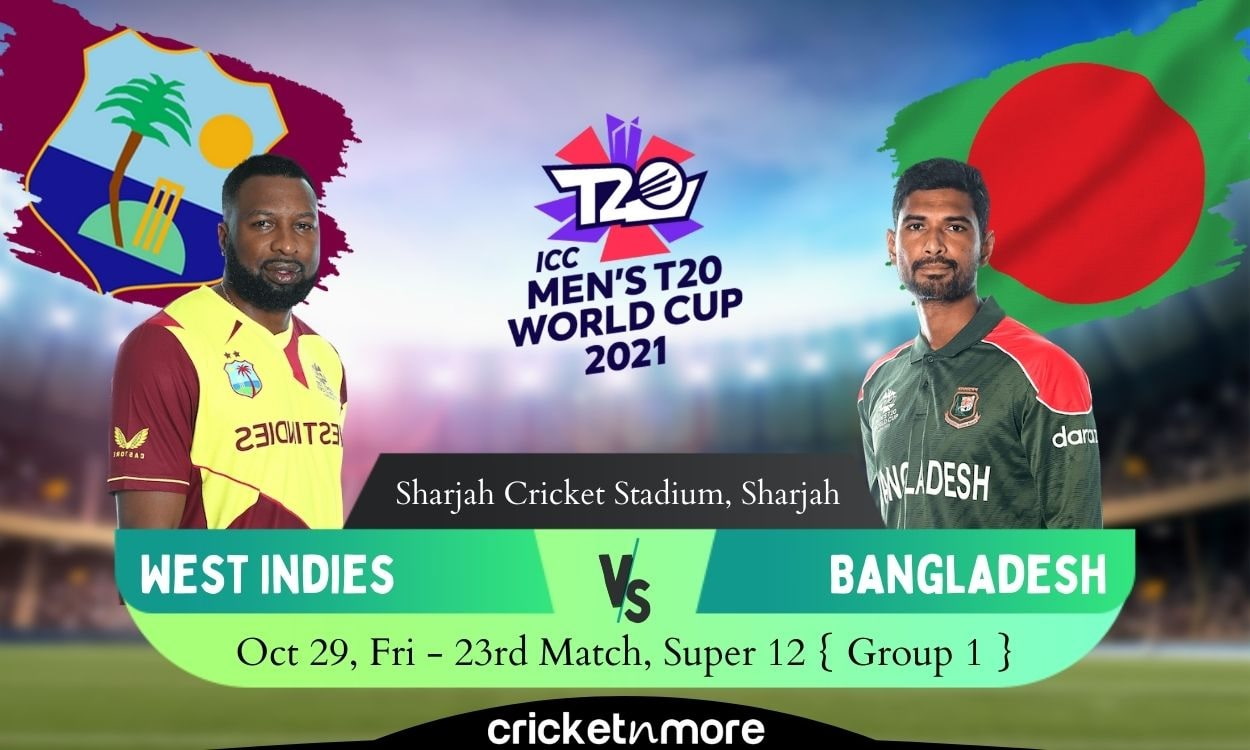 It seems most of the West Indian batters haven't arrived at the tournament so far. Apart from Evin Lewis, nobody has looked in control. Nicholas Pooran's poor run isn't ending, WI management will be looking towards Andre Fletcher to replace him. Windies' in form all-rounder didn't play the first two games. It is high time he is included in the playing XI.


Our Players Are Getting Better With Every Match They Play: Sri Lankan Coach Mickey Arthur

Due to poor batting, bowlers haven't got much to defend. Dwayne Bravo has been economical but hasn't taken a wicket. Akeal Hossain could be the game-changer for West Indies.

Bangladesh's batting is dependent on Shakib Al Hasan and Mushfiqur Rahim to score. Mahmudullah will be crucial to give his team a finishing touch.

Mustafizur Rahman is the key bowler. Nasum Ahmed has been impressive and could make a game out of his four overs.

The two teams haven't won a game in the Super 12 stage so far. Bangladesh is looking settled but one can never take West Indies out of a T20 match. Windies will start as favorites in this match.

Jason Holder has replaced Obed McCoy in the squad. McCoy has been ruled out of the T20 World Cup due to a shin injury.