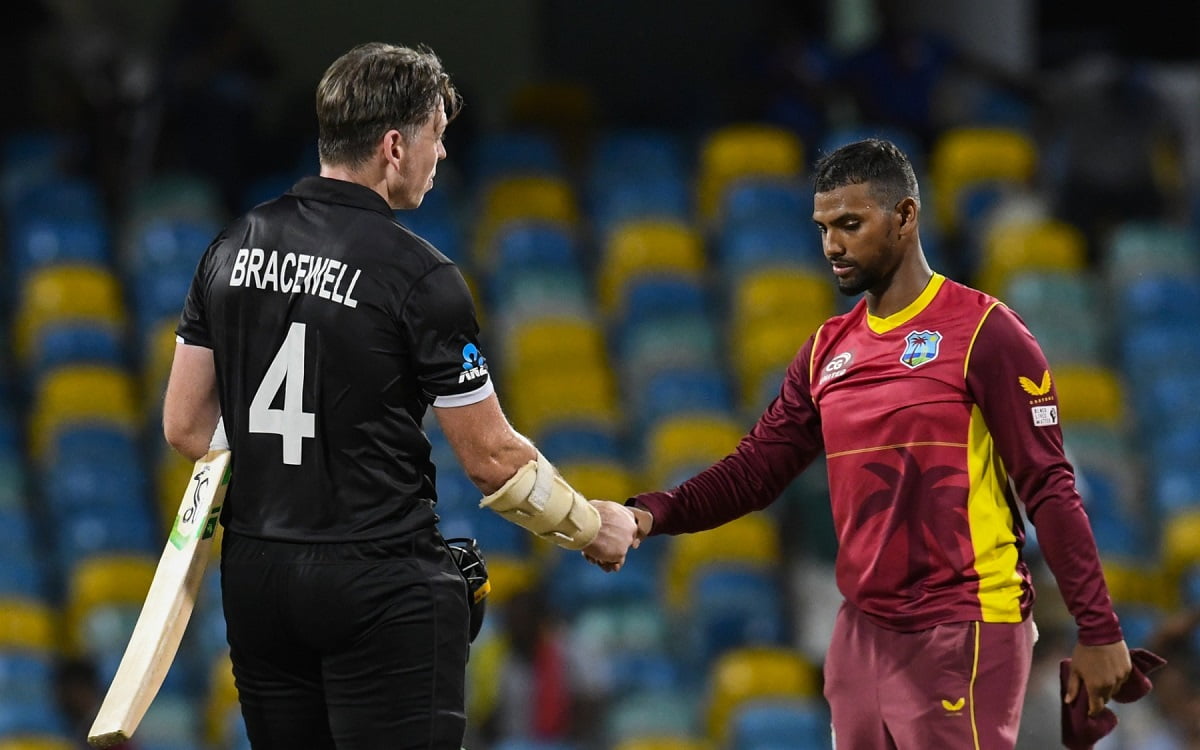 After losing the ODI series decider to New Zealand by five wickets and to lose the series 2-1 at the Kensington Oval, West Indies have now been fined 40 per cent of their match fees for maintaining a slow over-rate.

In addition, as per Article 16.12.2 of the ICC Men's Cricket World Cup Super League Playing Conditions, a side is penalized one point for each over short. Consequently, West Indies will lose two points from their points tally during the Super League.

Richie Richardson of the Emirates ICC Elite Panel of Match Referees imposed the sanction after Nicholas Pooran's side was ruled to be two overs short of the target after time allowances were taken into consideration.

Pooran pleaded guilty to the offence and accepted the proposed sanction, so there was no need for a formal hearing. On-field umpires Joel Wilson and Leslie Reifer, third umpire Gregory Brathwaite and fourth umpire Nigel Duguid levelled the charge.