West Indies captain Jason Holder on Sunday scored a gritty, unbeaten half century to stall the inevitable and frustrate New Zealand's victory charge in the second and final Test at the Basin Reserve. 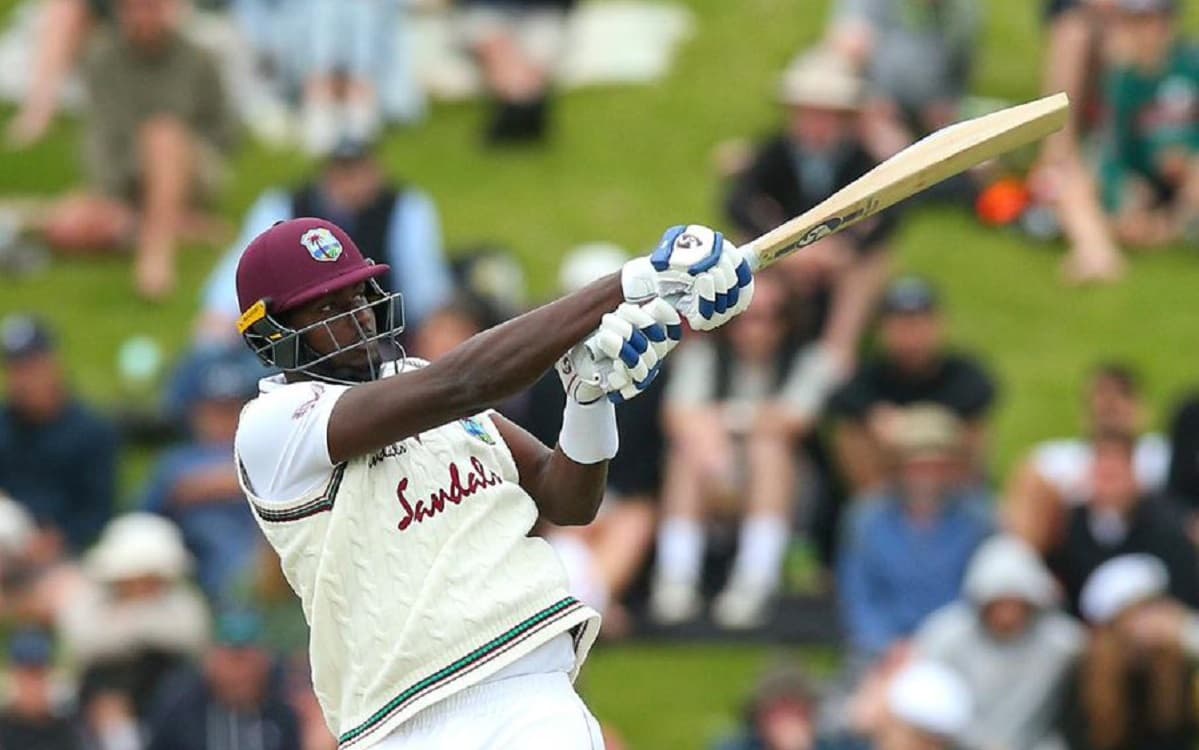 Before Stumps on Day 3, Holder had played a defiant 60* run-knock to ensure the match would go into day four. Play was called before the scheduled time due to bad light, and will resume earlier on Monday. At the close of day's play, the visitors were placed in a precarious position at 244/6 in their second innings, still trailing by 85 runs.

Earlier in the day, West Indies resumed their first innings at 124/8 and could add just seven runs before getting bundled out of 131 in reply to New Zealand's 460. Kyle Jamieson and Tim Southee picked five wicket each in the innings to give the hosts a 339-run lead.

Stand-in captain Tom Latham, as expected, asked West Indies to follow-on. However, for the visitors, there was no change in luck as they once again got off to a poor start and lost Kraigg Brathwaite (24) and Darren Bravo (4) with just 41 runs on the board.

John Campbell and Shamarh Brooks then tried to revive the innings and added 89 runs for the third wicket. But just when things seemed to be getting back on track for West Indies, they lost three quick wickets and were reduced to 134/5. Brooks (36) and Campbell (68) were dismissed by Jamieson, while Roston Chase was sent back to the pavilion for a duck by Neil Wagner.

Jermaine Blackwood and Holder then stitched a 36-run stand but Trent Boult brought an end to the partnership as he clean bowled Blackwood (20.

da Silva then joined his skipper and the pair added 74 runs to make sure West Indies didn't lose any further wickets at the end of the day's play.