Barbados, Jan 10:  West Indies were finally able to clinch a first home ODI series win since 2014 after they claimed a dramatic one-wicket victory in the final over of the second ODI against Ireland 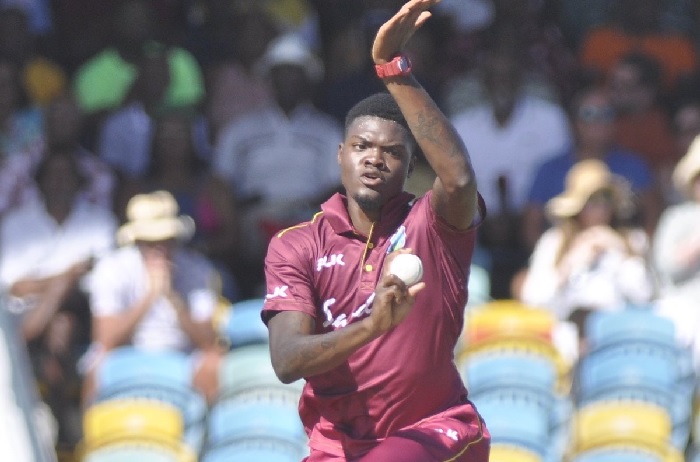 Barbados, Jan 10:  West Indies were finally able to clinch a first home ODI series win since 2014 after they claimed a dramatic one-wicket victory in the final over of the second ODI against Ireland to take an unassailable lead in the ongoing three-match series.

Chasing 238, West Indies on Thursday needed five runs of the final over and Ireland were just a wicket short to level the series at the Kensington Oval. However, Ireland wasted two run-out chances in the dying moments before Sheldon Cottrell won it for the West Indies with a six off the penultimate ball to make it 2-0.

Mark Adair was at fault for the run-out opportunities as the ball slipped from his grasp twice with Cottrell getting a double reprieve.

Earlier, batting first, Ireland rode on Paul Sterling's 63 to reach 237/9 after pacer Alzarri Joseph took a second straight four-wicket haul. In fact, Joseph registered the same figures -- 4/32 -- which he had in the first ODI.

Ireland lost wickets at regular intervals with only Kevin O'Brien (31) and Simi Singh (34) managing to stay at the crease for a while. Apart from Joseph, Cottrell also chipped in with three wickets.

The hosts didn't have a smooth chase as they were 76/4 at one stage with opener Shai Hope making a slow but significant contribution of 25, which came of 54 balls till then. However, it was Nicholas Pooran (52) and skipper Keiron Pollard's crucial 64-run fifth-wicket stand that brought the hosts back in the game.

Pollard provided a highlight by blasting two successive Gareth Delany deliveries onto the roof of the stands before he was dismissed by a superb caught and bowled by Barry McCarthy (2/28) two runs after Singh (3/48) bowled Pooran.

At 148-7 the Irish were favourites for victory, but Later Hayden Walsh, who remained unbeaten on 46, and Cottrell held their nerve to take their side across the line in the final over.

Both the teams will now lock horns in the third and final ODI in Grenada on Sunday before a three-game T20I series.