We'll be alright of we show consistency: Quinton de Kock 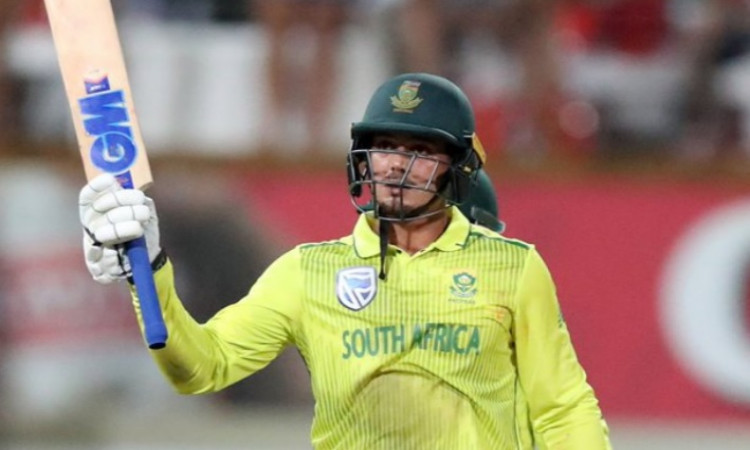 Paarl (South Africa), March 1: Heinrich Klaasen's maiden international hundred followed by a clinical bowling performance led by Lungi Ngidi helped South Africa to 74-run win over Australia in the first ODI between the two sides at Paarl. Proteas skipper Quinton de Kock said that consistency is what the hosts are looking for at a time when the team has been thrown into a transitional period which has seen them without a series win across formats for nearly a year.

"Pleased with how the boys went about it today," said De Kock in the post-match presentation. "Klaasen batted really well. Lungi was also exceptional with the ball. We know what we have down the order with Miller.

"Matter of being consistent with what we do, then we'll be alright. Lungi is enjoying that leadership role. Good to see him like this."

De Kock took over the captaincy in limited overs from Faf du Plessis in January. "It's been alright (captaincy). I've always said that I need my keeping to help me with my captaining. Don't think it'll be the same effect if I go out in the outfield. Still feeling fresh, still feeling good," said the 27-year-old.

Klaasen's ton took South Africa out of choppy waters and into the driver's seat. He finished 123 not out and took his team to 291/7 after coming in at 48/3 in the 10th over.

"Great feeling, that's why that celebration came out. Pure emotion for all the hard work done as a youngster. Almost like another comeback after two weeks again. Just sticking to my gameplan and performing for the team. Kyle also played incredibly well on debut. Just had to go deep (after being reduced to 48/3). David let me play my game. He took a lot of pressure off me," he said.

The second of the three-match ODI series will be played in Blomfontein on Wednesday.