Weight of expectation on R.Sridhar as he looks to sharpen India's fielding 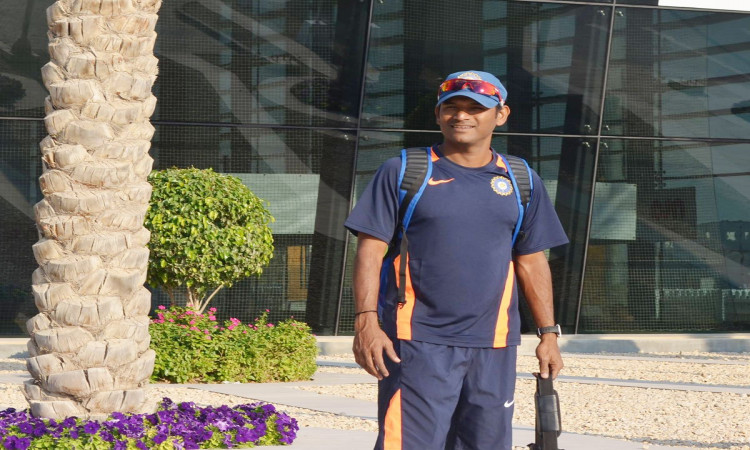 Kolkata, Aug 27: R. Sridhar is a better fielding coach than Jonty Rhodes. At least the M.S.K. Prasad-led selection panel feels that way.India's current fielding coach Sridhar retained his place along with Bharat Arun, the bowling coach, with only Sanjay Bangar shown the door as India's support staff were chosen by the selection committee.

Sridhar pipped legendary South African Jonty Rhodes who redefined the art of fielding and is widely regarded as the best fielder to have ever played the game.

Rhodes did not even make it to the final three shortlist with India A and U-19 fielding coach Abhay Sharma and T. Dilip coming second and third respectively.

The reason given by chairman of selectors Prasad was that Rhodes' stature wouldn't have fitted in for India A or U-19 fielding coach's job.

"We don't see Jonty (Rhodes) fitting in there (choice Nos 2 and 3), because those roles are more for India A level and NCA." Prasad had said in Mumbai.

On Sridhar, Prasad's statement not only added more pressure on the 49-year old but meant he has to now plug the gaps which were laid bare during the World Cup.

"We are convinced with skill sets of Sridhar. He is one of the best fielding coaches in the world today," Prasad said, adding Sridhar has transformed the Indian team into a "wonderful fielding unit".

To his credit, Sridhar has the ability to communicate with individuals of the team on a personal level and his knowledge of each player, accumulated over a period of two years, does help.

But during the World Cup in England and Wales, India's fielding left a lot to be desired. The fielding did suffer because of Virat Kohli and Co. having three-four wicket-keepers in the side in Mahendra Singh Dhoni, KL Rahul, Dinesh Karthik and later Rishabh Pant, though the wickets were kept by Dhoni.

"Unfortunately in the World Cup, may be he (Sridhar) would not have got the desired result as there were two three-keepers in the side (and) the combinations were like that. He has transformed this side into a wonderful fielding unit. So, there is no second thought with regard to Sridhar," Prasad admitted.

India's conversion rate for direct throws had also gone down and the catching fell below Team India's lofty standards.

Looking ahead, Sridhar will have two T20 World Cups (2020, 2021) and the ongoing World Test Championship to work on. India have fresh legs in the side as far as T20 is concerned but behind the stumps, Sridhar will have to get the best out of an ageing Dhoni although he was at his very best during the World Cup.

India's general fitness levels are very high with Kohli at the helm but slip fielding has been another area where they have lagged behind in recent times.

Sridhar will have to ensure that front is taken care of with test matches coming thick and fast now, and points up for grabs after every tie.

For the time being, Sridhar is in the good books of those who matter and is rated very highly. But with expectation, comes pressure and Sridhar will know all too well that he has to perform to hold on to his seat.